photo courtesy of Beverly Hills Temple of the Arts

The Saban Theatre in Beverly Hills remains one of the last and best-preserved examples of the grand movie palaces from Hollywood’s golden era.

Located at 8440 Wilshire Blvd., the 2,000-seat venue was purchased in 2005 by Beverly Hills Temple of the Arts and has been painstakingly restored to its original grandeur.

The temple holds services in the theater and rents it for concerts, lectures, film shoots and special events. The building’s Art Deco exterior, ornate lobby, gilded stage and ample plush seating conjure fond memories of a bygone era, when audiences flocked to see the latest Hollywood stars on the silver screen.

The Saban was one of noted architect and Beverly Hills resident S. Charles Lee’s earliest theater designs. Originally called the Fox Wilshire Theatre, it opened on Sept. 19, 1930, with the premiere of the Marx Brothers film “Animal Crackers.” Robert Montgomery, Fay Wray and Jeanette MacDonald were among an extensive roster of Hollywood stars in attendance.

Many other openings and first-run film engagements followed, including “The African Queen” with Humphrey Bogart and Katharine Hepburn in 1951, Walt Disney’s “The Sleeping Beauty” in 1959 and the “The Sound of Music” starring Julie Andrews in 1965. The wide stage was designed with space for vaudeville acts that accompanied some of the early movies. Theatrical productions were a mainstay and included “Fiddler on the Roof,” “Guys and Dolls,” “Cabaret” and “South Pacific.” 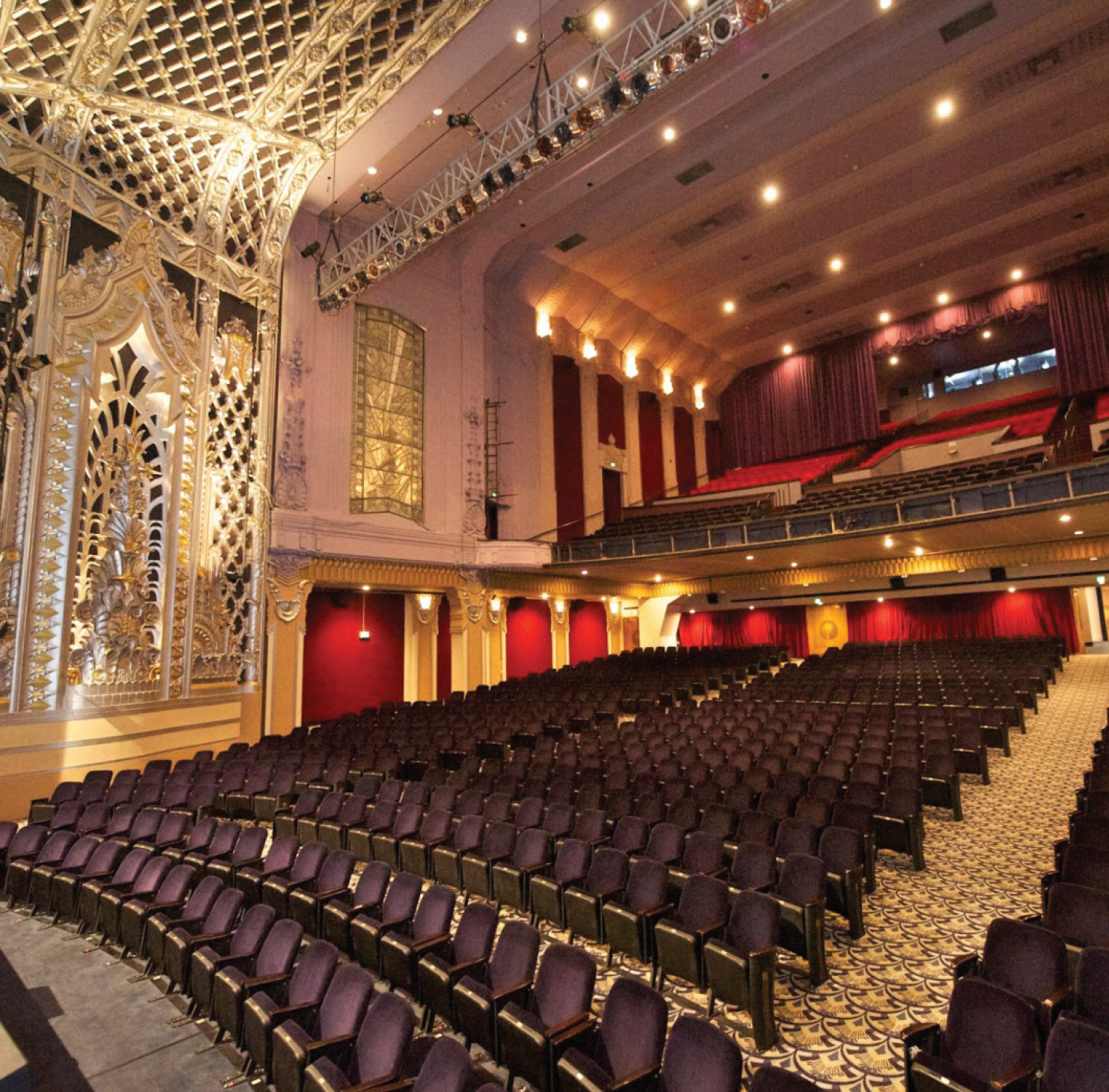 The Saban Theatre’s opulent auditorium has been meticulously restored. (photo courtesy of Beverly Hills Temple of the Arts)

Some of the biggest names in music have also performed at the Saban Theatre, such as Chicago, Stevie Wonder, B.B King and Johnny Rivers. In 1981, Stevie Nicks filmed her “White Winged Dove” tour in the auditorium. The Saban Theatre was added to the National Register of Historic Places in 2012 and designated a landmark by the city of Beverly Hills in 2013.

Beverly Hills Temple of the Arts is proud the theater is one of the first buildings people see when driving west through Beverly Hills’ eastern gateway. The three-sided marquee illuminated in multi-colored neon lights is an eye-catching feature along Wilshire Boulevard.

The Distinguished Speakers Series of Southern California is held at the Saban Theatre, with health expert and best-selling author Dan Buettner appearing on Oct. 17. Beverly Hills Temple of the Arts’ Rabbi David Baron encourages the public to attend a show or service and see the venue’s splendor for themselves.

“In addition to our temple’s creative High Holy Days services, we also hold numerous community and cultural events,” Baron said. “As we return to live performances … we will be presenting concerts including Kenny Loggins, the Russian Ballet and many other world artists. We are committed to promoting spiritual and cultural experiences for our entire community.”

The glamour of the legendary Beverly Hilton Hotel