The glamour of the legendary Beverly Hilton Hotel 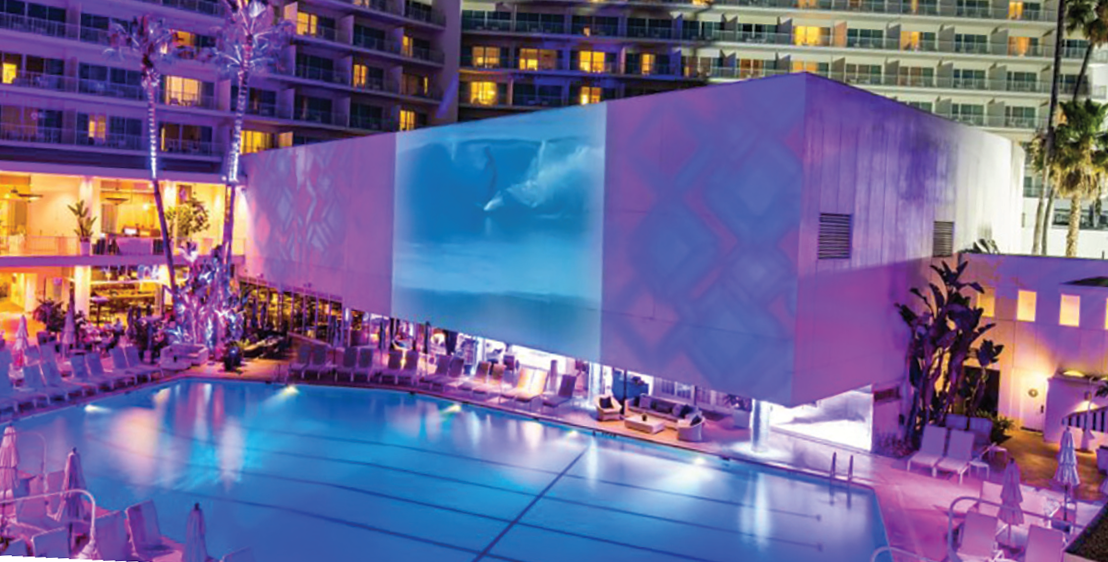 The Beverly Hilton Hotel has a history of hosting the most lavish award shows, charity events, weddings and extravagant black-tie galas. The venue combines the excitement and entertainment of Hollywood with the prestige of Beverly Hills. “The Beverly Hilton is home to over 200 events a year,” said Michael Robertson, hotel manager. “It’s been home to the Golden Globes Awards show since 1962.”

In 1953, Conrad Hilton hired renowned architect Welton Beckett (other projects include the Capitol Records building and The Music Center) and Del E. Webb to build his flagship mid-century style hotel.

“Hilton’s goal was to bring Hollywood’s royalty to Beverly Hills to play, stay and dine. He knew just how to do it and his legacy continues today,” Robertson said.

The Beverly Hilton enjoyed its star power through the 1960s and 70s, which continued after the Hilton Hotels Corp. sold the property to Merv Griffin in 1987.

In 2003, Beny Alagem and Oasis West Realty LLC purchased the 569-room hotel from Griffin for $130 million and spent an additional $80 million renovating the iconic hotel. Since then, an additional $19 million has been spent to refresh and update the property. The hotel is part of Alagem’s next project, One Beverly Hills, encompassing 17.4 acres.

Robertson said the hotel is in huge demand with guests wanting to celebrate weddings, bar and bat mitzvahs and other events in a grand way. The outdoor garden space connects to the ballrooms, allowing outdoor and indoor space to meld together to accommodate up to 400 guests. It’s the place to “see and be seen,” Robertson said

The Peninsula, a grand retreat in Beverly Hills