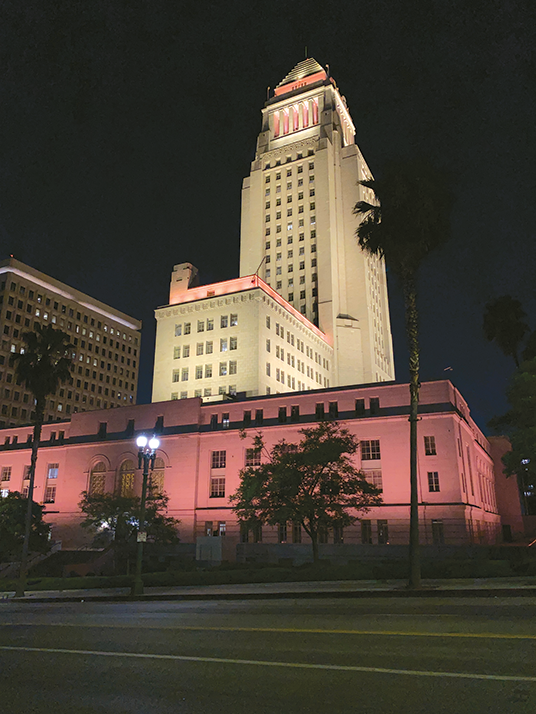 Los Angeles City Hall was among landmark buildings throughout the United States and Canada that were illuminated in solidarity with people battling cancer. (photo courtesy of Los Angeles City Councilman Paul Koretz’s office)

Los Angeles City Hall was illuminated in orange on Aug. 21 in support of the fight against cancer. The building joined landmarks across the United States and Canada that lit facades in orange to raise awareness about the disease. Led by Councilman Paul Koretz, 5th District, the City Council designated Aug. 21 as Stand Up To Cancer Day in Los Angeles. For information, visit standuptocancer.org.