City Hall illuminated in blue and white in tribute to Greece 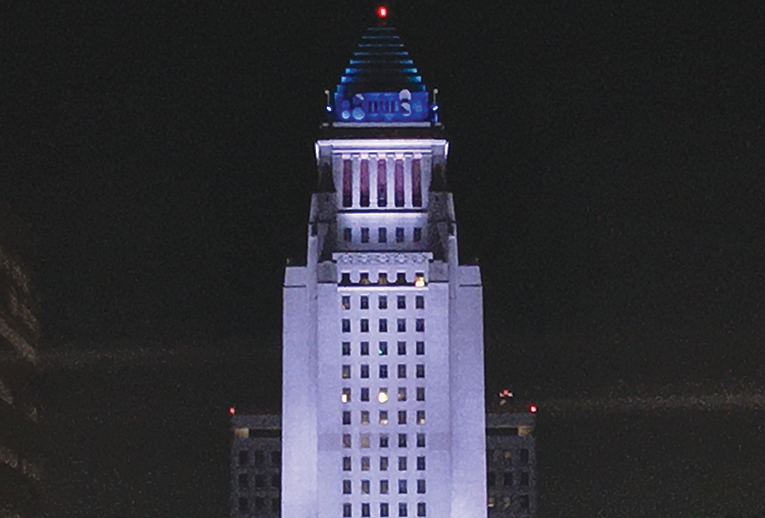 Los Angeles City Hall was illuminated in blue and white on March 25 in recognition of the 200th anniversary of the Greek War of Independence of 1821. Councilman Paul Koretz, 5th District, organized the lighting in the colors of the Greek flag. Los Angeles has a strong Greek-American population that is part of the vibrant and diverse fabric of the city, he said. Athens and Los Angeles have been Sister Cities since the 1984 Olympic Games. “I am proud to support this vibrant community and recognize this important day in their history,” Koretz said.