Ryu calls for ‘Slow Streets’ program to be permanent 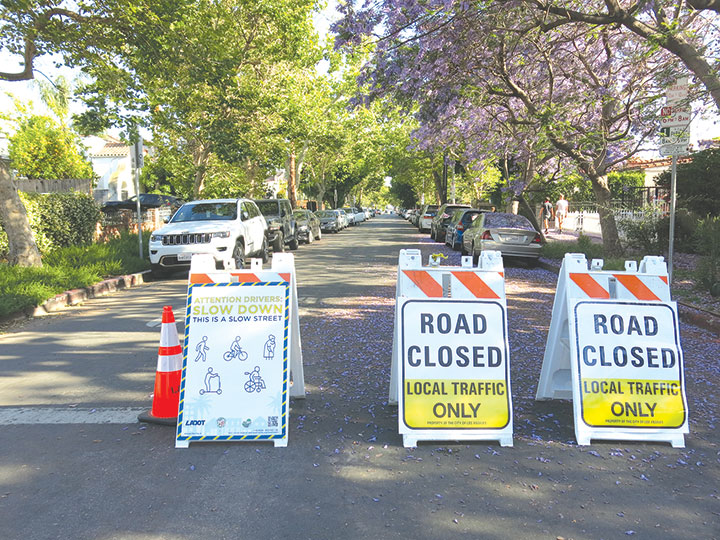 The “Slow Streets” program was implemented in the local area on Formosa, Oakwood, Rosewood, Hayworth and Sweetzer avenues. (photo by Cameron Kiszla)

The program was launched by the city after stay-at-home orders were implemented to open more spaces for residents to walk, ride bicycles and use other alternative forms of transportation. It involves soft closures of residential streets to vehicle traffic, enabling people to walk and cycle more safely. Vehicles are allowed but discouraged. Temporary signs alerting motorists have been placed at intersections where the “Slow Streets” program has been implemented. In the local area, the Mid City West Community Council implemented the “Slow Streets” program on a route that includes Sweetzer Avenue between Colgate and Oakwood avenues, Oakwood Avenue between Sweetzer and Hayworth avenues, Hayworth between Oakwood and Rosewood avenues, Rosewood from Hayworth to Formosa Avenue, and Formosa Avenue north to Willoughby Avenue.

Ryu’s motion seeks a “permanent network of Slow Streets.” The “Slow Streets” program is administered by the Los Angeles Department of Transportation, which oversees implementation after residents propose a plan for specific streets. Ryu’s motion will also require wayfinding applications like Google Maps to reroute drivers away from streets included in the program.