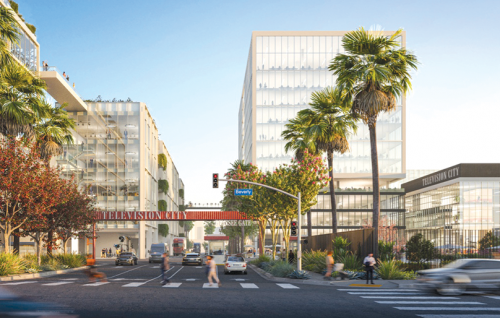 Since 1952, the corner of Beverly Boulevard and Fairfax Avenue has been a place where some of America’s most memorable and beloved television shows have been produced. From “The Jack Benny Program” and “The Red Skelton Hour” to “All in the Family,” “The Jeffersons,” “Good Times,” “Maude,” “Alice,” “The Carol Burnett Show” and “Three’s Company,” the list of classics goes on and on. More recently, Television City has hosted popular programs like “Dancing with the Stars” and “So You Think You Can Dance.” The enduring hit game show “The Price is Right” is taped at Television City,” as are “Real Time with Bill Maher” and “The Late Late Show with James Corden.”

CBS owned and operated Television City for 66 years until selling the property to Hackman Capital Partners in 2018. Hackman, which owns production studios around the world, serves as the landlord, and CBS is now a tenant.

The iconic property is now at a crossroads. Hackman is planning a major project to expand the studio to meet the ever-growing demands of modern productions. The expansion, known as the TVC 2050 Project, is presently going through the city planning process and if approved, will dramatically change the landscape.

Zach Sokoloff, vice president of Hackman Capital Partners, said the goal is to preserve historic elements of the site while adding needed production and support space. Modern productions require larger sound stages with state-of-the-art equipment, and Hackman’s goal is to provide those options for companies that produce television programs. In turn, it will help the economy, giving people good-paying jobs in the entertainment industry, and keeping those jobs in Los Angeles, he said.

“We want to make sure we have a path forward on providing soundstages and entertainment industry jobs that the city so badly needs,” Sokoloff said. “We understand the importance of providing a place for productions and providing opportunities for people. Having that certainty around what we can deliver is going to be critical to helping us work with prospective customers to ensure that they keep their productions here in Los Angeles and employ Angelenos.” 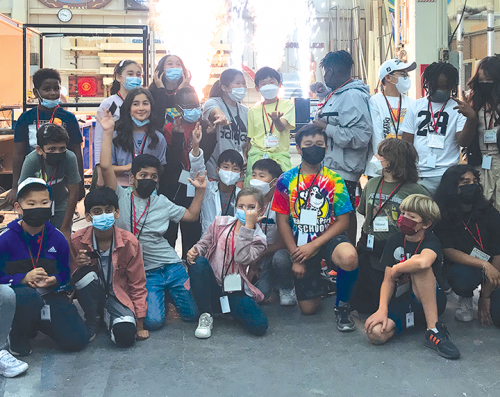 The TVC 2050 Project will create approximately 1 million square feet of new sound stages and production support facilities at the site. Television City’s main building, glass façade and covered entrance were designated in 2018 as Los Angeles historic-cultural resources. Sokoloff said Hackman is working with the Los Angeles Conservancy to preserve the historic elements in plans for the expansion. The preservation plan involves removing fencing along the studio’s frontage on Beverly Boulevard so the historic elements can be seen from the street.

Sokoloff said Hackman’s plan also seeks to lift up those in the surrounding community. The company launched the Changing Lenses initiative in 2020, providing training to prepare the next generation of employees for careers in television production. The initiative is specifically geared toward communities underrepresented in the industry. Partners have included the MBS Group, the largest studio-based equipment and production support company in North America, as well as Women in Media and its CAMERAderie Initiative. More than 250 participants have received hands-on training in set construction, lighting, cameras and film support, and Sokoloff said many have been hired by production companies.

“It trains individuals in below the line production jobs to help position them for long term careers that pay family-sustaining wages in the creative arts fields,” Sokoloff said. “And for many folks, they may not be aware that these are jobs that they can pursue.”

Hackman is also partnering with community-serving organizations, including the Fairfax Business Association and Melrose Business Improvement District, to make the surrounding neighborhood better.

“We wanted to address these issues in a manner that felt authentic to who we were as a studio, and also in a manner that was not simply writing a check but could be integrated in an enduring manner into the way that we operate as a business,” Sokoloff said. “We work with organizations all across the community, whether it’s the Jewish Free Loan Association, which provides interest-free loans to small businesses, or the National Council of Jewish Women, which provides rental assistance to female-led households. We host the homeless count with the Mid City West Neighborhood Council-Los Angeles Homeless Coalition onsite. We’ve partnered with our neighborhood council to fund the Rosewood Gardens mural painting and community cleanup events. We host food drives onsite with the Saban Community Clinic, and host a holiday party where we distribute food and essentials to families in need. We work with the Holocaust Museum, which themselves are going through an expansion plan, to uplift educational opportunities and fight against the bigotry and hatred that we see on the rise.”

Sokoloff said those programs will continue as a mainstay of Television City’s operations, and Hackman will continue to look for other opportunities to help in the community. The plan is to also work with neighbors to mitigate concerns that have surfaced about the size and scope of the TVC 2050 project.

“We are going to continue to march forward in the process and let it play out,” Sokoloff added. “We are thankful for all the support the project has generated in the community and will work to make sure we are creating something that will benefit everyone.”

This is EXACTLY what the Melrose/Fairfax area desperately needs, high paying skilled labor jobs. Not everyone wants to get a degree and take on college debt. Working in a restaurant or a retail store isn’t for everyone either. Set design, camera operator, costume design and more. I’ve always liked what I’ve heard about this program and one of the reasons I 100% support the TVC2050 plan.