‘We’re just trying to do our part’ 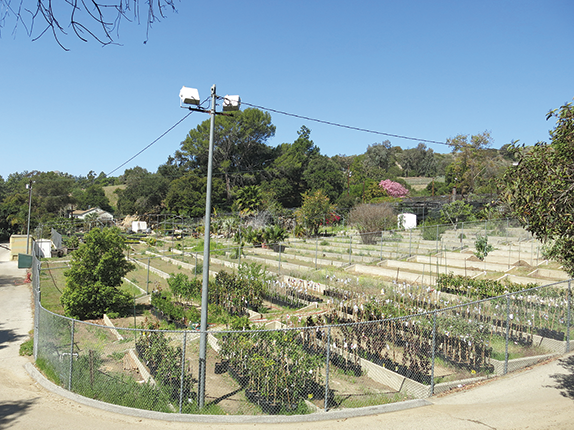 Two acres of growing space at Griffith Park will be renovated later this year. (photo by Cameron Kiszla)

Nestled in a canyon in Griffith Park, the Commonwealth Nursery began more than 90 years ago as a place for the plants of Los Angeles parks and public buildings to grow. Now, the site just north of Commonwealth Avenue will also be home to the growth of ideas about sustainability and native plants.

Two acres of terraces that serve as a plant nursery are set to be renovated before the end of this year, so the Los Angeles Parks Foundation is using its headquarters – the former caretaker’s cottage – as a nursery and example garden, said Katherine Pakradouni, native plant horticulturist and project and program manager for the LAPF.

“What we’re going to do is model a sustainable and biodiverse landscape here, as well as include nursery components on the site where we will be growing plants for park projects that we already have coming up, because we know the terraces are going to get renovated. We don’t know how long that’s going to be. And there is such a hunger for kind of ecological restoration-type projects,” Pakradouni said.

“This project not only demonstrates the gardening techniques of native plant gardening, but it’s also adjacent to this nursery where the city is soon going to revive the native plant cultivation for parks throughout Los Angeles,” added Carolyn Ramsay, executive director of the LAPF and former staffer for the late City Councilman Tom LaBonge, who helped secure the grant that will fund the nursery’s restoration.

The LAPF site, which is currently under construction and features contributions from landscape architects Studio-MLA and nonprofit project Grown in LA, will feature a plant nursery area and demonstration garden that highlights measures such as a graywater system for fruit trees, hillside stabilization techniques and a ramp made of reused sidewalk concrete, asphalt, decomposed granite from the hillside and even an abandoned bathroom sink, Pakradouni said.

“What we wanted to do was clean up the site to get waste off the site that was just clutter and urban refuse, and use that as the building blocks of this ramp,” she said.

Not everyone has abandoned sinks and old pieces of sidewalk they can use to build a ramp, but the garden is intended to show members of the public, who will be able to view it by appointment, and school groups on field trips how to craft their own sustainable gardens at home.

“It’s not just the outcome that we want to demonstrate, it’s the process,” Pakradouni said. 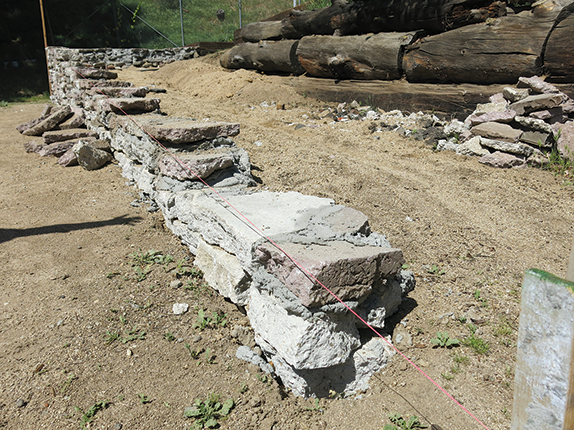 A ramp at the Los Angeles Parks Foundation headquarters was crafted using broken pieces of sidewalk, bricks and even an abandoned sink, demonstrating how discarded items can actually beautify an area. (photo by Cameron Kiszla)

The nursery and garden will also feature native plants, which are more beneficial for the local ecosystem than non-native flora. For instance, certain trees, especially local varieties of oaks, are more adapted to tolerate drought, are relatively more fire-resistant and support local wildlife, Pakradouni said, and those are the types of trees Agnelenos should consider when looking to plant at home.

“It’s hard to go wrong with a native coast live oak, or a native Engelmann oak or any of our local oak species,” Pakradouni said.

Those oak species, from their limbs and leaves to the acorns they drop, support creatures from caterpillars to hawks and deer, all of which are found near the Commonwealth Nursery, which Pakradouni described as “a very, very rich, biodiverse pocket.”

In addition to the garden and nursery, the LAPF headquarters is also demonstrating fire-prevention strategies, such as leaving areas unplanted around the former caretaker’s home and utilizing sprinklers that focus on protecting the house so – ideally – fewer trees and plants will have to be cut back or cut down to lower the risk of wildfire to buildings.

“A lot of people also don’t know that some of the brush that they’re supposed to be clearing might be rare species, it might be protected tree species or subspecies that are not actually supposed to be cut,” Pakradouni said. “There’s a severe lack of education, and so that’s what we’re kind of hoping, that this will set the hook for that kind of learning.”

Ramsay said that kind of education will be critical as the challenges of climate change continue and increase in the coming years.

“It feels that we’re reaching a critical point as a species, and we have to learn how to support the life of this planet in every way, not just plants but animals and fish and all wildlife,” she said. “We’re just trying to do our part.”