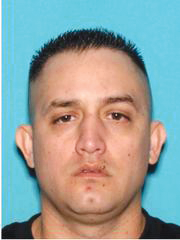 Los Angeles County Sheriff’s Department investigators announced on March 16 that a suspect is in custody and has been charged for a sexual assault that occurred in West Hollywood in January. Detectives from the sheriff’s department’s Special Victims Bureau are continuing the investigation and asking any additional victims to come forward.

The alleged crime occurred on Jan. 21 in the 8400 block of Fountain Avenue. A 28-year-old female victim was sexually assaulted in her home after a male suspect forced his way inside, authorities said. The victim was able to fight off the suspect and he fled on a bicycle.

Detectives determined a man who had been arrested for a separate assault in Hollywood on Jan. 23 was the same man who allegedly committed the sexual assault in West Hollywood. He was identified as Bryant Guerrero, 24. Authorities did not release any further information about either of the two crimes.

Guerrero remains in custody on $2.2 million bail and is next expected to appear in court on April 13.

Anyone with information or who may have been a victim is urged to contact the Los Angeles County Sheriff’s Department’s Special Victims Bureau at (877)710-5273, or email specialvictimsbureau@lasd.org.

BHUSD looks ahead to school reopenings