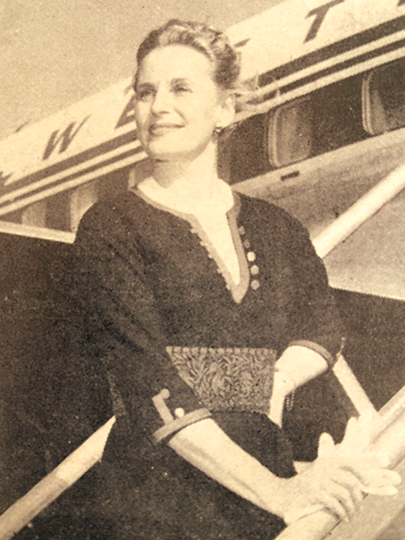 March is Women’s History Month, and a pioneering woman from the local community was featured on the cover of the March 31, 1966, issue of the Park Labrea News. Jeanne McReynolds, a resident of Lindenhurst Avenue, had recently accepted a job at the time as head of the Women’s Sales Division for Western Airlines, the first department of its kind at a major commercial airline. McReynolds, who had previously been an advertising account executive at the May Company’s Wilshire Boulevard store, said there had been a 75% increase in the number of women traveling by plane during the previous decade. Women were playing an increasingly important role in the travel economy for business and pleasure, she added in the accompanying article. Shown as she prepared to depart for Mexico City to launch a major advertising campaign, McReynolds said she hoped to set an example for more women to advance in their professional careers.

The sweet sound of studio time