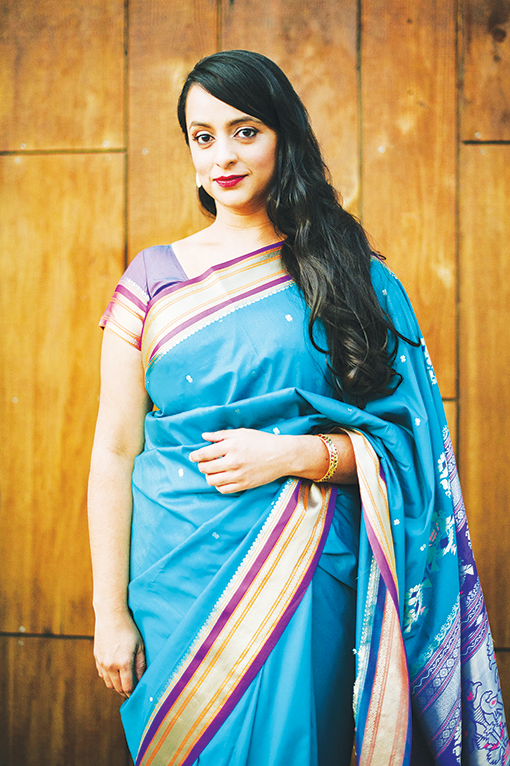 The free broadcasts, each featuring one of the chamber works’ four movements, will be offered online over a four-week period, on Thursdays, beginning Oct. 29 and continuing on Nov. 5, 12 and 19 at 5 p.m. The broadcasts also include comments by the artists, who last appeared together live at The Wallis in February 2020, performing the piano trio, among other works by Esmail.

“Vijay Gupta and Reena Esmail are two remarkable, internationally acclaimed, game-changing Los Angeles artists and collaborators,” The Wallis’ Artistic Director Paul Crewes said. “This streaming series connecting the musical languages of two different cultures is an extension of The Wallis’ deep commitment to presenting Los Angeles-based artists and programming that reflects the city’s diversity. We are proud to support their work in both music and social justice.”

Esmail’s Piano Trio was commissioned by Town Hall Seattle and premiered on Nov. 25, 2019, in Seattle. Regarding the work, Esmail said, “My musical world is influenced as much by the Western canon as it is by Hindustani (North Indian) classical music and each movement of this trio is a confluence of Hindustani and Western musical elements. Imagine if you could say a single sentence, but it could be understood simultaneously in two different languages – that is what I aim to create through my music.”

MacArthur “Genius” Gupta, an esteemed performer, communicator, and citizen-artist, is a leading advocate for the role of the arts and music to heal, inspire, provoke change and foster social connection. After joining the Los Angeles Philharmonic at age 19 and serving as a member of the first violin section through 2018, he founded Street Symphony and serves as artistic director of the non-profit organization, which provides musical engagement, dialogue and teaching artistry for homeless and incarcerated communities in Los Angeles.

Pianist Bartal, winner of the New York Concert Artists Concerto Competition in 2013, has performed extensively in Europe, the U.S. and Asia and earned her Doctorate of Musical Arts in 2018 at the Yale School of Music.

Cellist Myers has performed internationally as a chamber musician, and since 2017 has held the position of Assistant Principal Cellist with the San Francisco Opera. He is a founding member of the Saguaro Piano Trio, which won first prize in the 2009 International Chamber Music Competition Hamburg.

Vintage: Cast your vote for Kennedy