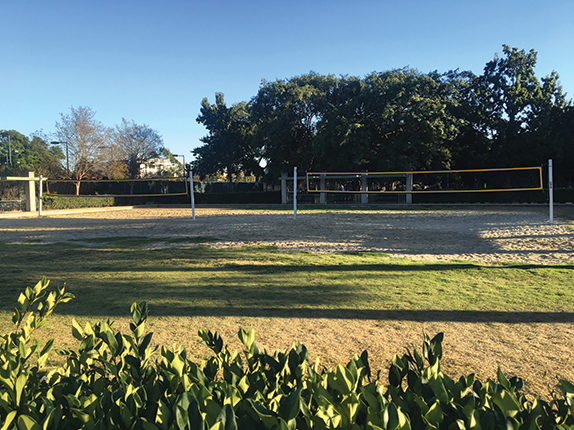 In Beverly Hills, there have been reports of people playing team sports, which is contrary to social distancing guidelines. (photo courtesy of the city of Beverly Hills)

As the impacts of the coronavirus pandemic continue to be felt, the Beverly Hills City Council took a series of actions on March 31 to protect public safety and alleviate some of the financial concerns of residents and businesses in the city.

The council amended the urgency ordinance that was passed on March 16 to prevent the evictions of commercial and residential tenants. Among several new changes, the council explicitly included a moratorium on evictions based on the Ellis Act – when landlords evict their tenants in order to leave the rental business – and placed a moratorium on rent increases, clarified that the only reason to not pay rent is because of substantial financial impacts due to the coronavirus and required missed rents to be repaid within one year, as opposed to the six-month deadline included in the urgency ordinance.

In addition, the city chose a form for renters to fill out when they are unable to pay. That form will be filed with the city, and disputes between residential renters and landlords will be decided by the city. First, city staff will attempt to resolve the dispute. If those discussions are unsuccessful, the matter will be heard by a City Council ad hoc committee or the city’s Rent Stabilization Commission. The council decided that disputes over commercial rents should be handled by the courts.

The term “substantial” was a point of debate between council members, as it was initially defined as a 20% drop in income. Councilman Julian Gold argued that the term was too subjective and some people might try to take advantage of the crisis and withhold their rent payments unnecessarily.

“Our goal here is really to support the most vulnerable, but … there are people who don’t need help who could easily pay the rent, and I think they should,” Gold said. “That has to be adjudicated somehow, and if it’s not by the word ‘substantial,’ we’re going to see a lot of this in front of the commission.”

With concerns about making the process too difficult on renters who are already in a tough situation, the council decided to use the word substantial, but remove the 20% definition.

“I think the intent of this ordinance is that it not be a trivial change. If we have no language at all indicating it goes beyond a trivial change [in income], there’s no indication that it should be a meaningful drop,” Vice Mayor Robert Wunderlich said.

Some council members also said they’d like to find a way to differentiate between large rental companies and smaller property owners, as forgoing rent in the near future will impact them differently.

“I’m very concerned that if this forces [mom-and-pop landlords] into foreclosure … that this will, in the end, come to haunt us as the smaller units get bought by bigger corporations, and when this is over, we’re going to see mass evictions and huge implementations of the Ellis Act,” Gold said.

The council also decided to look into its options regarding the internet speed and prices offered by Spectrum, as council members have received reports of slowed-down internet connections and price increases during the pandemic.

“I certainly think [Spectrum needs] to be aware of the fact that we are concerned about it and they can’t do that,” Mayor Lester Friedman said.

Councilman John Mirisch also said the city could look for federal grants for infrastructure improvements to help make the city’s Fiber to the Premises plan a reality.

“There is no real competition in our city, and I would suggest that the mayor send a letter or the city attorney contact Spectrum,” Mirisch said.

The council also chose to defer transit occupancy tax payments from hotels. The February TOT payments were due on March 31, but due to lower hotel occupancy rates – less than 30%, as opposed to the typical 75% to 90%, according to city staff – hotels have cash-flow problems, making the payments particularly burdensome.

“This was particularly urgent because it was due today,” Gold said.

In addition to the February payments, the council chose to grant a three-month deferment for March and April’s payments. Mirisch suggested the city could look at deferments for other types of taxes as well.

“I think the issue of deferral of payment … is something we can do without negatively impacting our ability to run the city,” he said.

The council also heard from Jenny Rogers, the city’s director of community services, about the city’s outreach to seniors and other people who are members of populations vulnerable to the coronavirus pandemic.

Rogers said city staff has been using the registrations for recreation programs, clubs and other information to create a database of those who may be in need, and staff has been calling to find out those people’s situations “on a day-to-day basis.” She estimated that the city has a list of probably more than 1,000 people when all of its information is combined.

In addition, the Community Services Department has launched communitylifebh.org to provide activities and resources people can enjoy while at home.

“We intend to bring as many of our services online as we can and connect with people as we ask them to stay ‘Safer at Home’ … to provide experiences that will nourish you physically, spiritually and emotionally,” Rogers said.

Those who have been going outside for exercise haven’t always been following social-distancing guidelines, and some council members said they’ve received reports of groups of people playing team sports in city parks. Rogers said signage discouraging such activities is up in some parks and will soon come to others. If the signs aren’t obeyed, city officials said those in violation may soon be fined. City Attorney Laurence Wiener said those fines could be $100 for administrative citations, $500 for infractions or $1,000 for misdemeanors.

“We haven’t issued citations yet, but we’re getting to the point where we probably need to consider that,” City Manager George Chavez said.

“People who are willfully ignoring this deserve, quite frankly, to be ticketed,” he said.