Celebrate Pride at the Farmers Market

The Original Farmers Market, corner of Third and Fairfax, is partnering with The Grove and Outfest to present the second annual Pride Celebration on Tuesday, June 26, at 6:30 p.m. 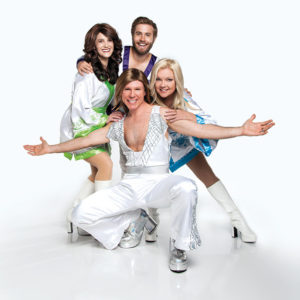 The tribute band AbbaFab will perform in the Farmers Market Plaza during the Pride Celebration. (photo courtesy of the Original Farmers Market)

The celebration will feature the music of ABBA performed by the tribute band, AbbaFab, on the Farmers Market Plaza. Visitors can also enjoy a sunset screening of the hit musical comedy “Mamma Mia!” at 8 p.m. on Gilmore Lane. The musical is set on a Greek island and follows a bride-to-be trying to find her real father, with a story told through the signature songs of ABBA. The sequel to the 2008 film, “Mamma Mia! Here We Go Again,” opens in July.

Admission is free and the event is open to the public. RSVP by visiting bit.ly/2JAq6JI to receive a free gift from Kiehl’s at Farmers Market, which will also host a photo booth during the event.

Enjoy dinner series and Roaring Nights at the zoo