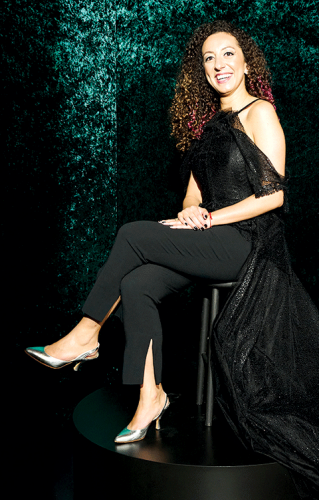 After winning the “People’s Champion Award” at the 2022 People’s Choice Awards, pop star Lizzo chose to share the spotlight with activists from across the country, including Rabbi Tarlan Rabizadeh, American Jewish University’s vice president of Jewish Engagement.

“I’m honored to be recognized alongside this powerful group of activists. Lizzo took a moment to shed a light on the work that each of us contributes to the world. I cannot emphasize enough how the richness of the Jewish tradition is only made stronger by the diversity in which we are each able to celebrate it, regardless of culture, upbringing or the color of our skin. We should make it a priority to ensure that people be included and feel welcomed,” Tarlan said.

“To be an icon isn’t about how long you have had your platform,” Lizzo said. “Being an icon is what you do with that platform. Ever since the beginning of my career, I have used my platform to amplify marginalized voices. So tonight, I’m sharing this honor.”

Rabizadeh has recently focused on the humanitarian crisis in Iran and continues to galvanize support for Iranian human rights, especially for women and minority groups. On Dec. 4, she led an AJU event titled “Baraye Iran” (“For Iran”), which featured a panel discussion on why the humanitarian crisis matters to the Jewish community and how to get involved.

Rabizadeh is the Director of the Maas Center of Jewish Journeys, the Miller Introduction to Judaism Program, and supervises the Ziering Brandeis Collegiate Institute Program. Ordained at Hebrew Union College, Rabizadeh has consistently used her voice to bridge the gaps within and between various Jewish and non-Jewish communities.