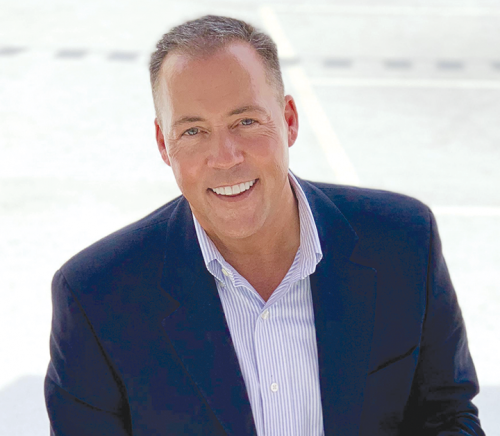 Beverly Hills Unified School District Superintendent of Schools Michael Bregy on July 12 mourned the victims of the July 4 mass shooting in Highland Park, Ill., where he worked prior to relocating to California.

From July 2014 to January 2017, Bregy was the superintendent of North Shore School District 112, and he led the BHUSD Board of Education in a moment of silence to “demonstrate our solidarity” in grieving those murdered and wounded in the shooting in Illinois.

“It’s a community in which I had the honor not only to lead but be a part of for several years,” he said. “My heart is broken for my former school district and community. People that I know personally and professionally lost their lives, and several former students have been wounded. My heart hurts, because I’ve realized that yet again, we’re faced with another tragedy that was preventable.”

According to media reports, a lone, 21-year-old gunman randomly opened fire on an Independence Day parade in the Chicago suburb, killing seven and injuring dozens more before being apprehended by law enforcement.

Bregy said the parade welcomes guests from all over the Midwest – from students and their “bike and pet parades” to middle school and high school band members.

“Highland Park is a community that is part of a treasured family of traditions for neighbors throughout the North Shore,” he added. “Fourteen minutes into the parade, seven lives were taken and over 20 people were wounded due to an active shooter who positioned himself on top of a building above the parade crowd.”

Bregy said Highland Park is a “strong community” and is among the wealthiest in the country. He said its schools are some of the best in the state, and that the community is predominantly Jewish.

“It’s a generational community, where people return to Highland Park to raise their families and go to school,” he added. “This sounds all too familiar right? We can never take for granted the community in which we live and work. Senseless acts of violence do not discriminate. I am grateful to know that no matter where I work or live, I’m surrounded by an incredible, strong community here in Beverly Hills, to whom I’m thankful every day.”