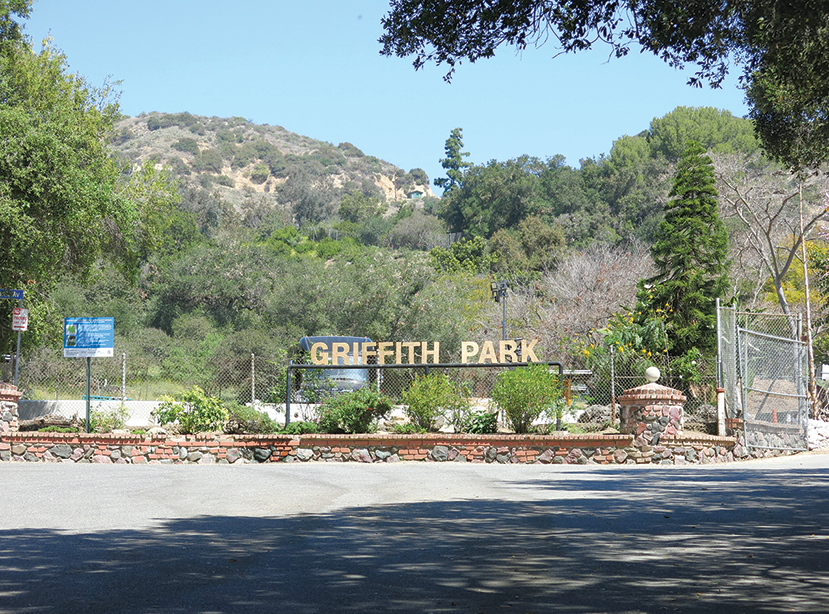 Los Angeles Mayor Eric Garcetti’s proposed budget could mean the loss of 140 jobs for the Los Angeles Department of Recreation and Parks. (photo by Cameron Kiszla)

The Los Angeles Parks Foundation is seeking to rally public support for the Los Angeles Department of Recreation and Parks, which would have its budget cut if the proposal from Los Angeles Mayor Eric Garcetti is approved.

While the Department of Recreation and Parks, which oversees more than 420 parks across the city, received more than $326 million in revenue in fiscal year 2019-20, the budget appropriation for fiscal year 2021-22 is less than $282 million.

Carolyn Ramsay, executive director of the Los Angeles Parks Foundation and former chief of staff for the late City Councilman Tom LaBonge, said the proposed budget cuts could mean the department would have to eliminate approximately 140 jobs, about 10% of the department’s workforce.

“Each department does have to make its case to the budget and finance committee, and it is a political process,” Ramsay said. “Some departments have a strong constituency that shows up for them on a regular basis. We’re just doing our part in supporting public recreation for the diverse people of Los Angeles, which is a part of our mission, to inform people that this is happening.”

Part of the campaign has been an email to the foundation’s supporters, encouraging them to reach out to their City Council representative to support restoring the department’s budget, as the city needs “every single one of those positions,” Ramsay said. She added that she’s been “happy” with the response the foundation’s call to action has received thus far, and she continues to encourage action, as the budget will ultimately face the full council, where every Angelenos’ voice will matter.

“It would be great for people to reach out to whoever their council person is to express support for their parks,” Ramsay said. “During COVID, people really began to appreciate the benefits our city parks provide. People went for psychological relief, for exercise, for family time and really to just have a change of scenery and get out of their apartment or home.”

In a letter to the City Council Budget and Finance Committee, City Councilwoman Nithya Raman, 4th District, agreed that the city’s “widely cherished” parks “have taken on even greater importance during the COVID-19 pandemic, serving as places of solace and refuge when Angelenos were otherwise asked to stay indoors.” She also expressed support for protecting the department’s budget.

“In the budget proposal as it currently stands, the Recreation and Parks Department will be unable to refill 140 lost positions,” she wrote. “I am deeply concerned about the impact this will have on our parks, and I ask that you give consideration to how the budget for the Recreation and Parks Department can be restored to bring back these critical positions.”

Raman added that the budget cuts could mean that Griffith Observatory could be closed for an additional two days each week, which would result in “a reduction in the number of science days offered to school-aged children during the school year.” A smaller budget would also impact the department’s maintenance operations, resulting in 70 positions eliminated, Raman noted, putting the “basic sanitation, upkeep and security of our parks at risk.”

“Maintaining vibrant and healthy parks are a critical piece of ensuring that we build a better Los Angeles as we emerge from this crisis,” she wrote. “Now is not a time to cut back on the resources that will enable us to preserve equitable access to outdoor space throughout our city.”

Dan Halden, communications director for Councilman Mitch O’Farrell, 13th District, said O’Farrell “is closely following the Budget and Finance Committee’s deliberations and looks forward to considering its recommendations when the City Council meets to approve the budget later this month.”

“Creating and maintaining safe and accessible spaces for active and passive recreation is important to all residents and especially working families,” Halden said. “Parks and open space are a top priority of Councilmember O’Farrell, and any decision will be informed by what’s best for the community.”

Councilman Paul Koretz, 5th District, noted that “in this year and in many years past, the parks department was hit hard by budgetary difficulties.”

“I would like to see some of that restored for the many people of Los Angeles who rely on the parks and park services, from park maintenance to recreational programs that have been hard-hit,” he said. “Since we’ve gotten a huge chunk of money from the federal government and we’ve started a bunch of new programs, we need to first prioritize our heavily used park systems as the parks return to full capacity.”

In a statement, Mike Shull, general manager of the Los Angeles Department of Recreation and Parks, said the department is “thankful for the tremendous community support to maintain a robust park system.

“L.A.’s parks are critical to sustain the city’s infrastructure, promote health and wellness, and to advance equity through and out of the pandemic,” Shull said. “Support of parks ensures our ability to provide the community with quality, safe and well-maintained parks.”

After approval, the budget will go into effect on July 1, the start of fiscal year 2021-22.