West Hollywood became the latest city to oppose SB 50, a bill that would override local zoning to add more density near jobs and public transportation. 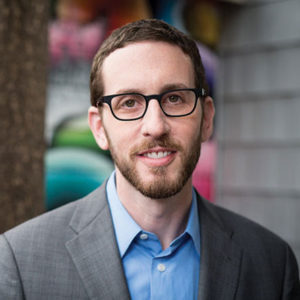 Wiener has faced pushback from many city councils over his proposed bill that he says will help reduce the housing crisis. (photo courtesy of Sen. Scott Wiener’s office)

The City Council had been staying neutral as city staff remained in contact with the office of state Sen. Scott Wiener (D-San Francisco), the bill’s author, about potential changes. But, following the latest round of amendments in the Capitol, the council unanimously voted on May 6 to oppose the bill.

“West Hollywood doesn’t need some guy in Sacramento telling us what to do,” West Hollywood resident Manny Rodriguez said. “The zoning in this city established by [the City Council], the Planning Commission, our city staff and with the input of residents is serving our city well.”

SB 50 has passed two Senate committees, and will next appear before the Senate Appropriations Committee. It last appeared before the Senate Government and Finance Committee, where it was amended to exclude counties that have populations less than 600,000 from the zoning provisions larger counties, including Los Angeles, would be subject to. The chair of the committee, Sen. Mike McGuire (D-Healdsburg), presides over Marin and smaller northern counties with less than 600,000 residents. West Hollywood council members and staff had been waiting to see whether similar exemptions might be applied to smaller, densely populated cities.

“The fact that they amended the bill to exclude small counties with 600,000 or less, and they won’t think about excluding small cities, is just ridiculous,” West Hollywood City Councilwoman Lauren Meister said. “And also the fact that they don’t look at density, our existing density. You cannot compare a city that has 18,000 people per square mile with a city that has 5,000 or 3,000. It’s just a very different situation.”

Wiener has said “hyper-restrictive zoning” that only allows for single-family housing has limited the housing stock, exacerbating the housing crisis.

“When we don’t allow enough housing where the jobs are, we end up building more and more sprawl housing, which is a huge environmental problem,” he said in a statement last week, in response to a town hall in L.A. hosted by SB 50 opponents. “SB 50, by legalizing more housing near where people work and near transit, will lead to more housing exactly where we should be putting that housing.”

But many city councils have denounced the bill for limiting local control over zoning, and residents, particularly those who live in areas zoned for single-family housing, worry about the effects on their communities.

“We need to keep these items local, and these decisions local, because we make them best for our own community,” said Kerri Balbone, who bought a home on Sweetzer Avenue in West Hollywood four years ago.

With preliminary studies and outreach underway, the possible addition of a light rail line through West Hollywood could add more density requirements for the 1.9-square-mile city if SB 50 is signed into law.

“We can’t really have this conversation with SB 50 hanging over our heads,” West Hollywood resident Steve Martin said. “We really don’t know what the impacts of bringing a subway to West Hollywood would be if we’ve got these draconian measures constantly coming down the line from Sacramento.”

“I agree that SB 50 is flawed, but it is based on good intentions,” he said. We do have a serious housing shortage in California, so I know that that’s the place [Wiener is] coming from. This is not some kind of alliance that he’s made with corporations, he’s just not that sort of guy. He really believes that this is the solution to our housing problem. I hope that as we lobby against it, we will focus on why this is really a bad bill.”