Walters honored with tribute from SAG-AFTRA 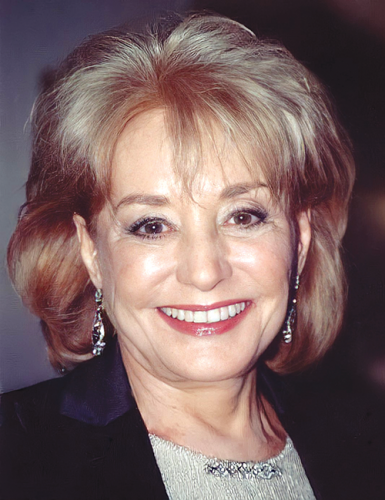 Barbara Walters, shown in 2004, was legendary for her work in television news. (photo courtesy of Wikimedia Commons )

SAG-AFTRA is celebrating the life and legacy of legendary broadcast journalist and television personality Barbara Walters, who died on Dec. 30 in New York at the age of 93.

Joining NBC’s “Today Show” in 1974, Walters was the first woman to become a co-host on a network television news program. She went on to become co-anchor of the “ABC Evening News” from 1976–78 and served as a correspondent for the program until 2010. Walters was also part of ABC’s weekly television newsmagazine program “20/20,” which she joined in 1979 and co-hosted from 1984-2004. She was also well known for her broadcast of “Barbara Walters’ 10 Most Fascinating People,” an annual list of the world’s most influential and interesting people in a wide variety of fields. Walters is perhaps best known for creating one of the longest-running daytime television shows in history, “The View,” which she co-hosted from 1997-2014.

“A pioneer in her field, she had the uncanny ability to make even the most challenging of issues easy to understand. As the first woman to ever co-host a network news program, she was a hero to many, and she paved the way for generations of broadcasters,” SAG-AFTRA president Fran Drescher said. “A fixture on the news for decades, she helped keep millions informed about issues facing our world. She never shied away from asking tough questions of some of the world’s most interesting and controversial people. To be the first woman at anything speaks volumes to the strength and character of that woman, but to be the first woman in network news suggests a woman of intellect, tenacity and a fearless ability to uncover, confront and illuminate – in short, the one and only Barbara Walters. She blazed a trail for many other women to follow, who can pursue the possible because Barbara Walters did it first.”