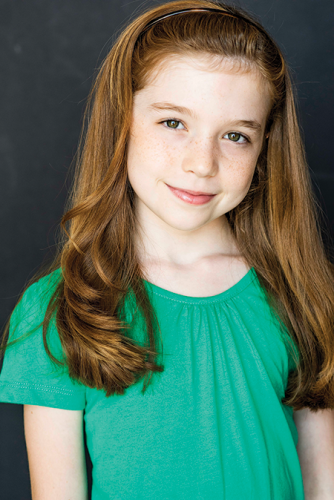 Joining the previously announced Drama Desk and Drama League nominee Sierra Boggess (“The Little Mermaid,” “The Phantom of the Opera”) playing Lily Craven as well as Sadie Brickman Reynolds, a Los Angeles resident taking on the adventurous 10-year-old lead as Mary Lennox, are actors Derrick Davis (“The Lion King,” “The Phantom of the Opera”) as lord of Misselthwaite Manor Archibald Craven, Aaron Lazar (“The Light in the Piazza,” “Les Misérables”) as the embittered and outspoken Dr. Neville Craven, Julia Lester (“Into the Woods,” Disney+’s “High School Musical: The Musical: The Series”) as the young and spunky housemaid of Misselthwaite Manor Martha and John-Michael Lyles (“A Strange Loop,” “Sweeney Todd”) as Dickon, the imaginative and caring brother of Martha.

“When the creative team came to us with the opportunity to produce this long-awaited revival, we jumped at the chance,” Center Theatre Group producing director Douglas C. Baker said. “‘The Secret Garden’ is one of those shows that audiences have been longing to see again in a new production. With its iconic score by the late great Lucy Simon, and a brilliant, updated book by Marsha Norman, and now with our first-rate cast determined, ‘The Secret Garden’ will bring a whole new generation to the theatre. The Ahmanson has been an important home for incredible musicals, and we are eager for L.A. audiences of all ages to be the first to experience Warren Carlyle’s fresh and authentic take on this beloved musical.”

“The Secret Garden” follows the young, orphaned Mary Lennox as she’s sent from her home in India to live with her reclusive uncle on his haunted English country estate. Guided by an exceptionally beautiful score, audiences will be swept away with Mary’s unapologetic curiosity as she is joined with the help of unlikely companions transporting her on a thrilling quest to untangle the pieces of her family’s past and – most importantly – discover herself.

Tickets for “The Secret Garden” are on sale now and start at $40. They will be available through  centertheatregroup.org, audience Services at (213)972-4400 or in person at the Center Theatre Group Box Offices (at the Ahmanson Theatre) at The Music Center, 135 N. Grand Ave. Performances run Tuesday through Friday at 8 p.m., Saturday at 2 p.m. and 8 p.m., and Sunday at 1 p.m. and 6:30 p.m.