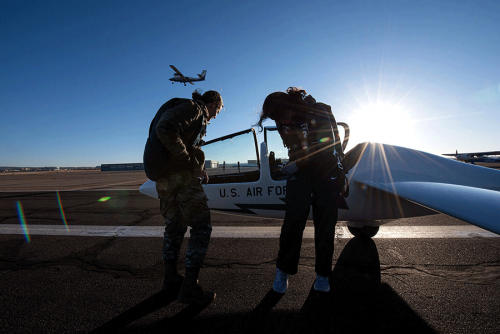 “America’s service academies are home to some of the most talented and dedicated young people our nation has to offer, and I am honored to nominate these ten students from my district to join their ranks. Their records of achievement are unparalleled, as is their unwavering dedication to our community and our country,” Schiff said. “I look forward to watching them excel in their service careers, and know they will do us proud.”

Four U.S. service academies – the Air Force Academy, the Merchant Marine Academy, the Military Academy at West Point, and the Naval Academy – require a nomination by a member of Congress in order to attend. The nomination process is extremely competitive as each service academy offers those who attend a free college education at a highly-ranked and nationally-recognized academic institution, while simultaneously preparing these students for an officer’s commission in the armed forces. A panel of retired officers works with Schiff to review the candidates and select final nominees.

Students interested in attending a service academy in 2024 should submit an application to Schiff’s office by Nov. 17, 2023.