One dead and two injured in Hollywood shooting 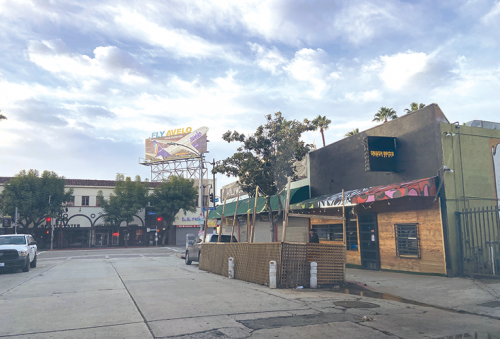 Los Angeles Police Department homicide detectives are searching for a gunman who shot and killed one man and wounded two others on Jan. 7 on Cherokee Avenue, north of Hollywood Boulevard.

Police received multiple calls about shots fired around 1:20 a.m. and located three victims suffering from gunshot wounds at the scene. Officers attempted life-saving emergency measures and called paramedics, who pronounced one man dead at the scene, said detective Sean Kinchla, with the LAPD’s West Bureau Homicide Unit. The two other men who were shot sustained non-life-threatening injuries and were treated at a hospital, Kinchla added. The deceased man was not identified.

Police have not provided a motive for the homicide and the case remains under investigation. Kinchla said the victims were outside a “food establishment” when they were shot but did not provide a specific location. Investigators are searching for security camera video and witnesses.