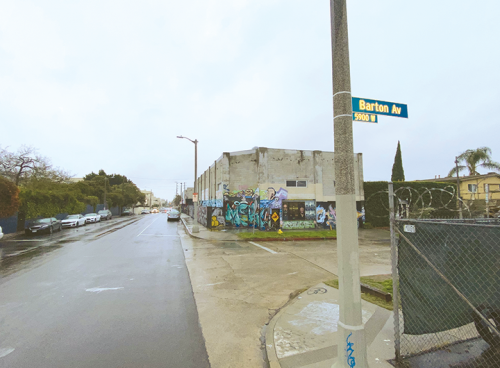 Police are investigating a homicide that occurred in the 5900 block of Barton Avenue on Dec. 31. (photo by Edwin Folven)

Police in Hollywood are searching for two male suspects in connection with a homicide that occurred on Dec. 31 in the 5900 block of Barton Avenue in Hollywood.

Officers received a call around 11:45 a.m. about a shooting in the area and located a male victim suffering from multiple gunshot wounds in the parking garage of a multi-unit building. Nobody else was present when officers arrived, police said.

Detective Sean Kinchla said the victim was a resident of the building. The investigation determined that two Hispanic men fled the location after the shooting. The motive remains unknown, Kinchla said.

Anyone with information is urged to call West Bureau Homicide Unit detectives at (213)382-9470. During weekends and off-hours, call the LAPD’s hotline at (877)LAPD247.