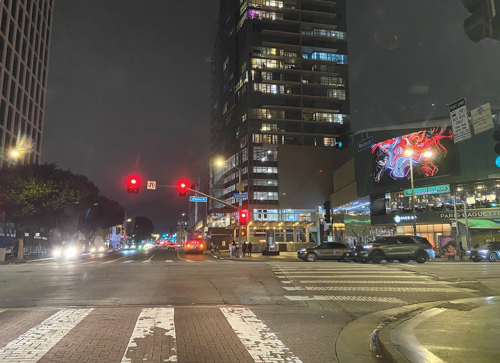 The pedestrian was struck on Western Avenue just north of Wilshire Boulevard. Investigators are seeking witnesses. (photo by Edwin Folven)

Detectives with the Los Angeles Police Department’s West Traffic Division are asking for the public’s help in locating a driver who struck and killed a male pedestrian crossing Western Avenue on Dec. 29.

The collision occurred around 12:50 a.m. as the victim was walking across Western Avenue just north of Wilshire Boulevard, outside of a marked crosswalk, police said. The driver fled the scene without stopping or identifying themselves, as required by law.

Paramedics pronounced the man dead at the scene. The Los Angeles County Office of Medical Examiner-Coroner identified the victim as Antonio Lopez, 45, of Los Angeles.

The investigation is ongoing. Drivers are reminded if they are involved in a collision, they must pull over, notify emergency services and remain at the scene to identify themselves. The city of Los Angeles offers rewards of up to $50,000 for information leading to the identification, apprehension and conviction of suspects in hit-and-run cases involving fatalities and serious injuries.

Anyone with information is urged to contact West Traffic Division detectives at (213)473-0234. During weekends and off-hours, call the LAPD’s hotline at (877)LAPD247.