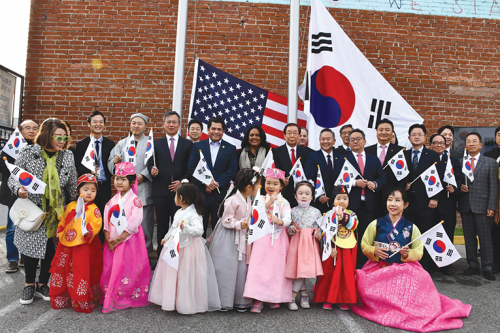 U.S. Reps. Jimmy Gomez (D-Los Angeles) and Judy Chu (D-Pasadena), chair of the Congressional Asian Pacific American Caucus, reintroduced a resolution on Jan. 13 celebrating Korean American Day, which marked the 120th anniversary of the arrival of the first Korean immigrants to the United States on Jan. 13, 1903.

“KAFLA is energized to continue our partnership with Rep. Gomez to better serve Los Angeles,” said James An, president of the Korean American Federation of Los Angeles (KAFLA). “Rep. Gomez’ office has been pivotal in providing small business assistance through SBA programs and advocating for our community alongside the Stop the Hate Task Force. As we salute the 120-year history and contributions of Korean American immigrants, we celebrate our community’s perseverance throughout the pandemic and honor the resilience of our forefathers.”