John Waters exhibit to open this fall at Academy Museum 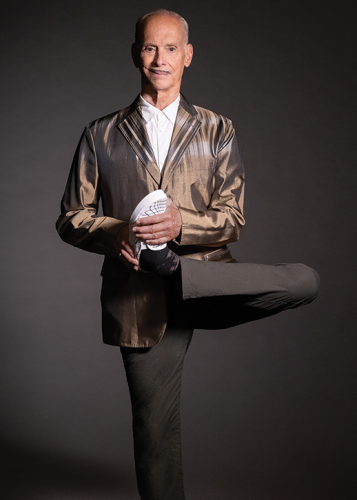 Filmmaker John Waters will be the subject of the Academy Museum’s latest exhibit. (photo by Greg Gorman)

The Academy Museum of Motion Pictures will present John Waters: The Pope of Trash, the first comprehensive exhibition dedicated to the artist’s contributions to cinema. On view Sept. 17 through Aug. 4, 2024, the exhibition will explore Waters’s process, themes and unmatched moviemaking style. Works on view will include costumes, props, handwritten scripts, correspondence and memos, scrapbooks, photographs and moving-image material. Pope of Trash opens to the public one day before John Waters receives his star on the Hollywood Walk of Fame, organized by Outfest, on Sept. 18.

Waters is a multi-hyphenate filmmaker: writer-director-producer-cinematographer-editor-actor, as well as an accomplished visual artist and author. Aimed at skewering traditional institutions, his work led novelist William S. Burroughs to anoint Waters as the “Pope of Trash.” His transgressive approach has spawned paragons of cinematic originality – movies that revel in irreverence, laugh-out-loud humor and heart. John Waters: Pope of Trash is organized by exhibitions curator Jenny He and associate curator Dara Jaffe, with the support of curatorial assistant Esme Douglas and research assistants Manouchka Kelly Labouba and Emily Rauber Rodriguez. It will be the museum’s third large-scale exhibition in its 11,400-square-foot Marilyn and Jeffrey Katzenberg Gallery, following Hayao Miyazaki (2021–22) and Regeneration: Black Cinema 1898–1971 (which closes July 16, 2023).

“Known for pushing the boundaries of ‘good taste,’ Waters has created a canon of high shock-value, high-entertainment movies that have cemented his position as one of the most revered independent auteurs in the history of American movies,” He and Jaffe said. “A massive inspiration to other artists who rebelled against the mainstream, Waters’s renegade films are replete with muses and themes derived from obsession and celebrity culture. They lovingly draw inspiration from Herschell Gordon Lewis, Russ Meyer, Andy Warhol and Ingmar Bergman alike, and are also tributes to his hometown of Baltimore.”

The exhibition reveals the nuance and detail of how independent films are made and how Waters’s movies have redefined the possibilities of independent cinema. His daring dismissal of social norms and the status quo has been celebrated and adored by audiences for more than fifty years – for films including “Pink Flamingos” (1972), “Female Trouble” (1974), “Desperate Living” (1977), “Hairspray” (1988), “Serial Mom” (1994) and “A Dirty Shame” (2004). “Pink Flamingos” was inducted into the National Film Registry in 2021. The following year, “Hairspray” was also named to the list by the Librarian of Congress, in recognition of its significance to American cinematic heritage.

The exhibition will be accompanied by a dynamic series of film screenings, public programs and a catalogue. Co-published by the Academy Museum and DelMonico Books, the volume will feature an artist statement by Waters; an introduction and essay by He and Jaffe; texts by film historian Jeanine Basinger, film critic and cultural theorist B. Ruby Rich, and author, writer and producer David Simon; an interview with Waters by numerous contributors: Sean Baker, Deborah Harry, Barry Jenkins, Johnny Knoxville, Bruce LaBruce, Ricki Lake, Orville Peck, Iggy Pop, Cindy Sherman, Kathleen Turner, Christine Vachon and Edgar Wright; and a richly illustrated filmography.