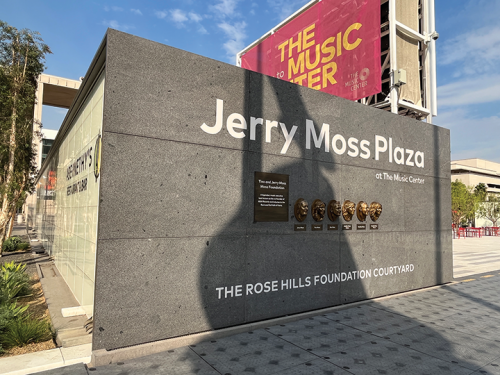 (photo courtesy of the Music Center)

The Music Center will present “Live at The Music Center: Concert Celebrating Jerry Moss, Co-Founder of A&M Records,” an evening honoring the extraordinary achievements of Moss, a longtime patron of Los Angeles’s premier performing arts center and a leading figure in the music industry as the co-founder of A&M Records. The event will be held on Jan. 14 at 7 p.m. and include a red carpet, welcome cocktail reception, 90-minute concert showcasing some of the most celebrated songs produced under Moss’s guidance, in addition to stories and visuals illustrating and evoking the spirit and legacy of A&M Records.

“Live at The Music Center: Concert Celebrating Jerry Moss, Co-Founder of A&M Records” is produced by The Music Center in conjunction with Nouveau Productions and executive producer and co-founder Robert Pullen, and generously supported by Bank of America with hotel accommodations provided by Fairmont Century Plaza. For tickets and information visit musiccenter.org/moss. The Music Center is located at 135 N. Grand Ave.