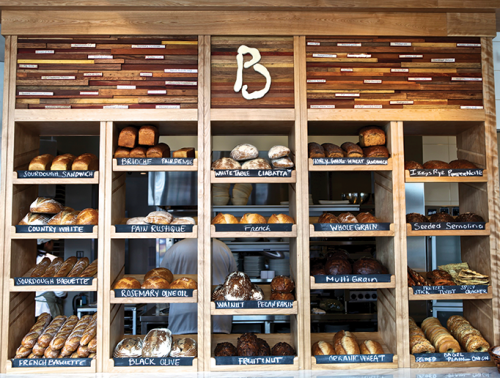 La Brea Bakery may be gone but the bread lives on. (photo by Karen Villalpando)

La Brea Bakery.  Those words, for a large portion of Los Angeles, conjure several thoughts, and I’m guessing the top two are a baguette, an image of which was on their logo, and Nancy Silverton, the founder who is widely – and accurately – credited with bringing high quality, even world class, bread to Los Angeles.

(At this point, as the late great Los Angeles restaurant critic Jonathan Gold would type in a disclaimer whenever he wrote about her restaurants that he was a family friend of Silverton’s, I too will add do not go reading this for any controversy about Nancy because I live with her. And have for 19 years.  My proudest achievement.)

La Brea Bakery Café closed last week and while it was sad moment it is not remotely like the end of the bakery or the bread. The café, located on the northeast corner of 6th Street and La Brea Avenue,  about 350 feet from the original La Brea Bakery, (which was located where the restaurant and bakery Republique is currently) closed, but the bread will still be baked and available across much of the United States. The bread lives on.

While Nancy Silverton is widely praised for the bakery, much of the acclaim needs to go to her father, Larry Silverton.  It was Larry, who, upon hearing that Nancy, his second daughter, wanted to quit collage at Sonoma State and pursue a career in baking, gave her the advice of the century. At least in terms of Los Angeles bread baking. “If you have to, then might as well go to the best, go to the Cordon Bleu cooking school.”

The Cordon Bleu cooking school was in Paris and London, and due to the language concern, Nancy went to London.  The rest, when it comes to bread in Los Angeles, is history.  Bread in Los Angeles had hit a world class level.

It opened in 1989 and by 1990 I was a borderline regular. I had never tasted bread that good. Whenever I was near Wilshire and La Brea I would get in line. My favorite was the pain rustique, a chewy, delicious loaf with a lot of flour on top. I would eat it in my car as I drove to work at Hughes Aircraft  in Long Beach. I worked there in a top-secret lab about the radar for the United States Air Force F-15 fighter plane. I’m only bringing this up to tell the tale of me walking into to this lab, officials from the air force of Israel getting a tour and them staring at my pants and stomach which were covered in flour.  Embarrassing. But, God, I loved that bread. I would eat it straight, not with even any butter.

One day, I was there, guessing about 1992, and I see Nancy Silverton. I’m not a star struck guy, but I was impressed. Ten years later, she was behind the bar Thursday nights at Campanile’s Grilled Cheese Nights. I was a regular. That bread, those sandwiches.  Her. Fifty-two Thursdays later, we were together.

Nancy was saddened by the news of the café closing, but not crushed. “My passion was opening a bread bakery, not a café. I had long been gone from La Brea when the café opened,” Nancy said. “I mean I feel bad, but the bread will continue to be enjoyed in the United States and that makes me feel good.”

Kathy Lenkov, head of communications for La Brea’s parent company, Aspire Bakeries, said they were closing to focus on business strategy and to do so called “restaurant business.”

“People can still find the bread at many of their favorite stores and at restaurants across the country. The growth of the La Brea Bakery continues.” 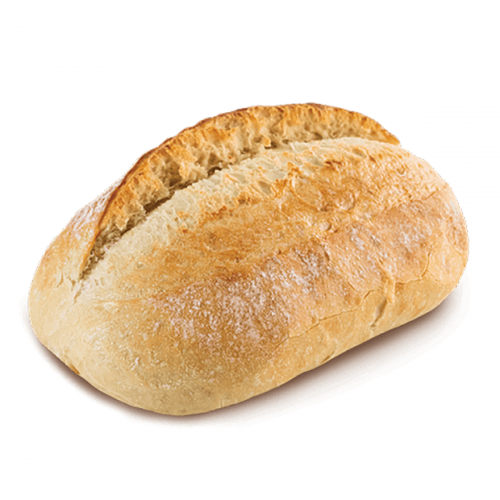 The pain rustique is Krikorian’s go-to. What’s yours?

Nancy Silverton’s legacy as a bread baker lives on. And her restaurant empire does, too. Whether dining at Osteria Mozza, Chi Spacca, Pizzeria Mozza  or The Barish, Angelenos will continue to enjoy her contributions to the food scene in the city.