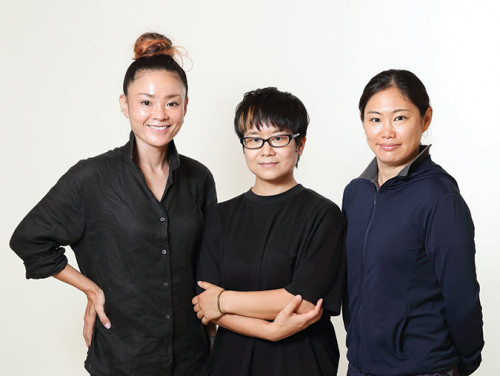 “Dancing Extraordinaire: Japanese Entertainers under the Pandemic,” documents entertainment during the COVID-19 pandemic. It is on view Monday through Saturday, from noon-6 p.m. through Feb. 25 at the Japan Foundation Los Angeles.

The entertainment world was dealt a big blow by the pandemic. One after another, theaters were forced to either postpone or outright cancel performances. Beginning in July 2020, freelance photographers (Arisa Kasai, Shizuka Minami and Maiko Miyagawa) took portraits of 18 groups of artists over a period of about 7 months guided by their concept of “capturing the ‘present’ during the pandemic, characterized by the way in which the subjects’ routines meshed with the demands of the moment.” The photographers captured these artists’ emotions and their performances that would have otherwise never come to light, but were forged in a state of emergency which rekindled their passions for the stage.

When the first state of emergency was declared, jobs were put on hold. These entertainers decided they didn’t want to stop taking pictures just because there was no work at the moment. So, after giving it some thought, they decided to photograph these artists dancing behind the scenes in their homes and in their rehearsal rooms.

The artists took a positive approach to this project. For some, it was exciting to be photographed at home for the first time, and for others, it just felt good to perform in front of someone again.

The Japan Foundation, Los Angeles hopes these works will remind you just how much fun the entertainment world is.