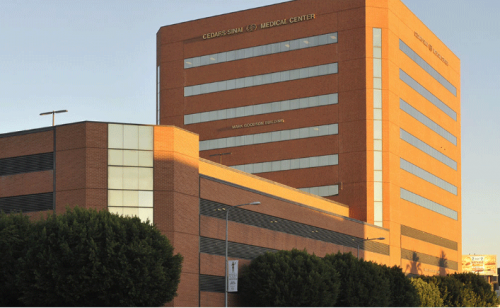 Physicians across the nation are describing an increase in requests from women for permanent contraception. The anecdotal reports by clinicians come in the wake of the U.S. Supreme Court ruling that overturned Roe V. Wade, the constitutional right to abortion.

“We are experiencing a significant increase in requests for consultations about the option of permanent contraception from women who want to remain child-free. They are expressing serious concern about their ability to have control over their reproductive health,” said Dr. Natasha Schimmoeller, an obstetrician and gynecologist in the Family Planning Program of the Cedars-Sinai Department of Obstetrics and Gynecology.

“Patients are expressing anxiety about the possibility of future restrictions on medication abortions, morning-after pills like Plan B, or even routinely used methods of birth control such as intrauterine devices, IUDs, implanted to prevent pregnancy,” Schimmoeller said.

Jasmine Quezada, a patient of Schimmoeller’s, knew since the age of 10 that she never wanted to have children, she said.

“I never thought parenthood was for me and that was no secret to my family or my friends. When I was dating my husband, we often discussed my choice to remain child-free. I had an aversion to hormonal birth control and serious side effects when I tried using a non-hormonal IUD, so I was looking for a permanent way to avoid getting pregnant,” she said.

“Watching the growing number of states looking to ban abortion or regulate access to the morning-after pill, moved the needle for me,” Quezada.

Earlier this year, Quezada had both of her fallopian tubes removed by Schimmoeller in an outpatient procedure called a laparoscopic bilateral salpingectomy. It is irreversible, but because the ovaries and uterus are left intact there is no change in hormone levels or menstrual periods.

“It’s same-day surgery with general anesthesia. I use tiny instruments and make three very small incisions; one inside the belly button and two near the hip bones. The minimally invasive procedure takes about an hour. We want the patient up and moving around as soon as possible, and then we send them home the same day with a limited course of prescription painkillers,” Schimmoeller said.

In addition to removal of the fallopian tubes that connect the ovaries to the uterus, tubal ligation is another procedure available to patients choosing selective sterilization.

Compared to Quezada, the road to permanent contraception for another Schimmoeller patient proved to be tougher.

Kat C., a pseudonym used for patient privacy, says that complex health problems associated with autoimmunity, in addition to the current legal challenges to reproductive choice, were among the key reasons she decided to never have children.

“Before I decided not to have kids I tried different kinds of birth control, but they gave me all kinds of problems,” she said.

Kat C. says she encountered a good deal of pushback and challenges to her decision to be child-free as she searched for a physician who would provide permanent surgical contraception.

“During my consultations, I was frequently told I would regret the decision not to have children or that I would grow out of it. One doctor assumed that a cancer diagnosis or depression had brought me to their office. Another even called it a selfish decision,” said Kat C., who eventually found her way to Schimmoeller on the social platform Reddit.

“It was such a relief to finally find Dr. Schimmoeller, who listened to me without offering judgment or character analysis. She presented me all the options to consider, the pros and the cons. It was exactly what I needed,” said Kat C., who chose to have her fallopian tubes removed.

Like Kat C., Jasmine Quezada has no regrets about her choice for permanent contraception.

“I made this decision for myself, with the support of people I care about. I am no longer suffering from the side effects of contraception, and I took an important step to continue to have control over my own fertility. My husband and I love animals and our dog Sadie is a beloved part of our family. It’s a good life,” Quezada said.