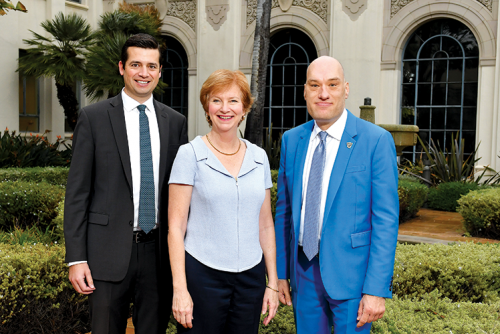 “I am thrilled to welcome Keith to this critical role,” Hunt-Coffey said.  “Since joining the city, he has led our communications program through tremendous growth and success and I know his diverse skill set will continue to benefit the city organization and the Beverly Hills community for years to come.”

Reporting to the city manager, Sterling will lead the implementation of mayoral and City Council initiatives, continue to oversee city communications along with marketing and economic sustainability, liaise with the city clerk in preparation of staff reports for City Council meetings and manage the Team Beverly Hills program.  Sterling joined the city in 2018 and has served as primary media spokesperson for high-profile public agencies over the last 15 years.  A former television news anchor, he earned a degree in journalism from the Roy H. Park School of Communications at Ithaca College.

Yap will support the Beverly Hills Fire Department with programs and initiatives while continuing to oversee budgeting, municipal affairs and legislation in the City Manager’s Office.

In addition, Garin Hussenjian will serve as deputy director special projects, public safety supporting the Beverly Hills Police Department while also supervising the Office of Emergency Management.  Both Yap and Hussenjian will report directly to the city manager.