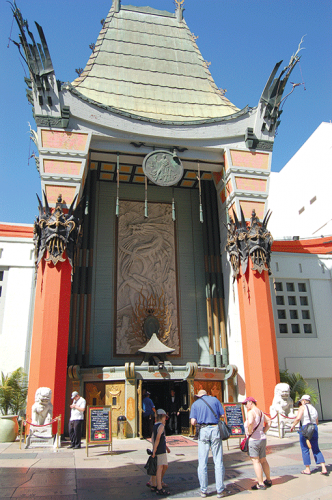 Filmmaker James Cameron and producer Jon Landau will place their handprints and footprints in cement in the forecourt of the TCL Chinese Theatre IMAX on Jan. 12 at noon to celebrate “Avatar: The Way of Water.”

Thirteen years ago, Academy Award-winner Cameron introduced moviegoers to a new world in his breathtaking epic “Avatar.” Now, the visionary filmmaker is inviting audiences on a new cinematic journey with “Avatar: The Way of Water.”

Set more than a decade after the events of the first film, “Avatar: The Way of Water” begins to tell the story of the Sully family (Jake, Neytiri and their children), the trouble that follows them, the lengths they go to keep each other safe, the battles they fight to stay alive and the tragedies they endure.

Since 1927, the TCL Chinese Theatre has been home to many of the most important, star-studded red carpet movie premieres and special events, and remains a place where Hollywood’s biggest movies are shown. The theater’s iconic forecourt features handprints and footprints in cement of major movie stars, from Marilyn Monroe to Brad Pitt, and numerous stars from all eras of Hollywood.