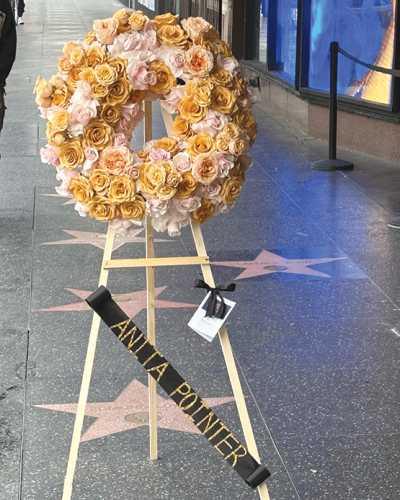 (photo courtesy of the Hollywood Walk of Fame)

The Hollywood Chamber of Commerce placed flowers on the Walk of Fame star of the Pointer Sisters on Jan. 3 in honor of Anita Pointer, who died after a battling cancer on Dec. 31 at the age of 74. The Pointer Sisters, which included siblings Bonnie, June, Anita and Ruth, released their first album together in 1973. The singing group had 13 hits in the United States. She is survived by her granddaughter, Roxie, as well as her sister, Ruth, and brothers Aaron and Fritz.The Pointer Sisters’ star is located at 6363 Hollywood Blvd.