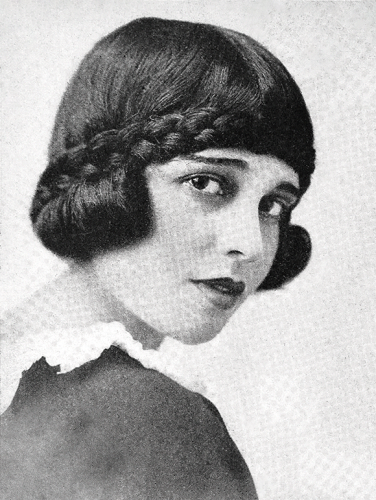 On Saturday, Jan. 14 at 7:30 p.m., Retroformat Silent Films will present “The Social Secretary” (1916) starring Norma Talmadge at the historic Woman’s Club of Hollywood. Live musical accompaniment will be provided by Retroformat musical director Cliff Retallick. The film’s screenplay is by legendary Anita Loos, with direction by John Emerson. The film also features an early appearance by Erich von Stroheim.

With its focus on workplace sexual harassment, “The Social Secretary” predates today’s #Metoo movement in bold and surprising ways. In the film, Mayme (Talmadge) quits her job in disgust over the almost-constant sexual advances of her boss and others. For her new job as a social secretary, she attempts to disguise herself as frumpy and unattractive. Of course, this leads to its own unintended consequences.

Loos’ satirical voice is evident in every frame and subtitle of the film. Ms. Loos’ credits include one of the most important novels of the 1920s, “Gentlemen Prefer Blondes” (1927). She is often credited as the screen’s first staff writer. She was hired by D.W. Griffith in 1915 for the Triangle Film Corporation, so it is certain that she knew a thing or two about sexual harassment and exploitation in the workplace.

In real life, Loos married “The Social Secretary” director John Emerson three years after the film’s release. As a team, they contributed to many of Douglas Fairbanks’ early films. Emerson demanded co-writing credits on all Loos’ works – even when he hadn’t contributed a word. They separated in the early-1920s.”

“Sometimes I get inquiries concerning my marriage to a man who treated me with complete lack of consideration, tried to take credit for my work and appropriated all my earnings. The main reason is that my husband liberated me; granted me full freedom to choose my own companions.”

Retroformat screenings at the Woman’s Club are always projected from 16mm film. Tickets are available now at eventbrite.com/e /489089809787. For information, visit retroformat.org, or contact Tom Barnes at retroformat @gmail.com or (310)482-7634. The Women’s Club is located at 1749 N. La Brea Ave.

WeHo gives back for MLK Day