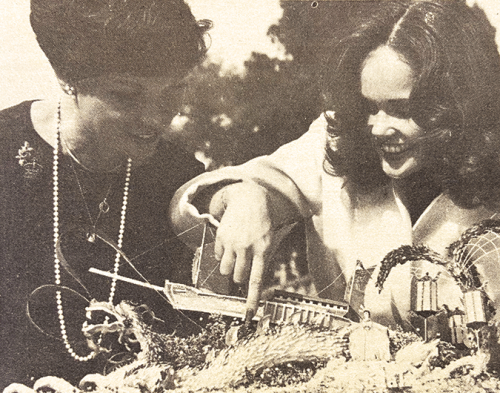 Margarethe Bertelson, left, who served as Tournament Roses Parade queen in 1960, joined 1980 Rose Parade queen Julie Deane Raatz in this photograph in the Dec. 27, 1979, issue of the Park Labrea News. The parade royalty examined a model of the Eastman Kodak float, which headed down Colorado Boulevard in Pasadena during the annual New Year’s Day parade. This year, Jan. 1 falls on a Sunday, and due to a longstanding tradition of never holding the Tournament Roses Parade on Sunday, the parade will be held on Monday, Jan. 2, at 8 a.m., followed by the Rose Bowl Game at 2 p.m. For information, visit tournamentofroses.com.