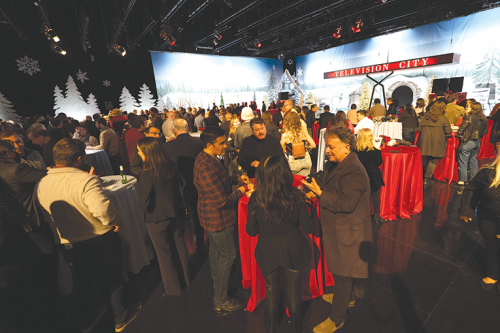 Television City hosted a private holiday party on Dec. 8 that celebrated the start of the iconic studio’s 70th year in operation. Dancers from “Dancing with the Stars” entertained guests and food was served from Canter’s Deli, Trejo’s Tacos and Diamond Bakery. Hackman Capital Partners, owner of Television City, are planning a year of celebrations recognizing the iconic studio’s 70th anniversary, and will release information about events in the near future. For information, visit televisioncityla.com.

Leaders gather to shine a light during Hanukkah