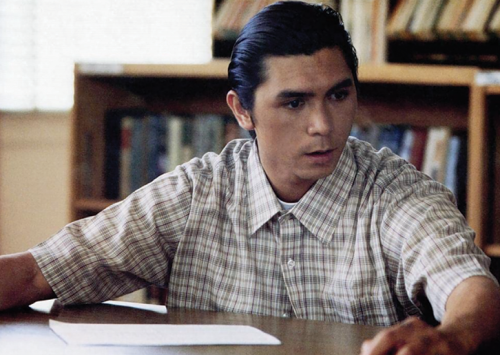 During the Fine Arts Theatre’s educational screening series, from Jan. 8-29, the Beverly Hills theatre will present films – free to students and teachers – that focus on education, bullying and growing up, as well as historical biopics and films based on literature.

The highlight of the program will be “Stand and Deliver” (1988), starring Edward James Olmos, Lou Diamond Phillips and directed by Ramon Menendez.  The film tells the story of Jaime Escalante, a California high school teacher who successfully inspired his dropout-prone students to learn calculus. His students performed  so well they were later accused of cheating on a standardized test.

“Stand and Deliver” plays Sunday, Jan. 15, at 10:30 a.m. Guests including actress Ingrid Oliu, who played Lupe Escobar, will be in attendance.

Other notable showings include “Three O’Clock High,” “Lean on Me” and “Stand by Me,” based on a short story by Stephen King.

For tickets, visit fineartstheatrebh.com. For teacher and student reservations, call (424)438-4121.

Fine Arts Theatre, originally called The Regina,  is celebrating its 86 year. The theater has been meticulously restored and is operated by Michael S. Hall of Screening Serivces Group. The theatre hosts premiers, private screenings, festivals and other special events.

The Fine Arts Theatre is located at 8556 Wilshire Blvd.