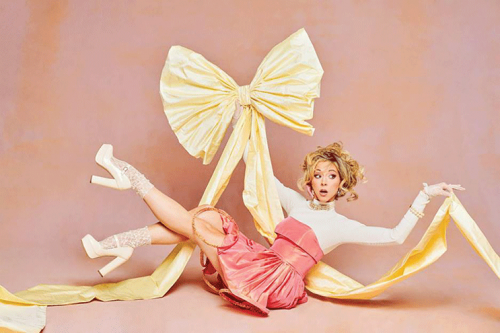 Lindsey Stirling will appear at the Hollywood Pantages Theatre on Dec. 23. (photo by Cara Robbins)

Award-winning pop-violinist Lindsey Stirling has announced her new Snow Waltz tour of North America, in support of her latest album “Snow Waltz,” where she’ll bring the holiday spirit from coast to coast. Stirling will appear in a special show on Dec. 23 in Los Angeles at the Hollywood Pantages Theatre. Stirling’s unique interpretation of beautifully nostalgic holiday music will be more dynamic than ever – intertwining dance, trapeze, lyra and aerial all while delivering an impeccable violin performance.

Stirling’s live performance is a force to be reckoned with. She’s performed for more than 800,000 people on her headline tours, and her co-headlining tour with Evanescence was named one of Live Nation’s best-selling amphitheater tours of 2018.

“Snow Waltz” is the follow-up to her debut holiday album “Warmer in the Winter” – which earned the No. 1 spot on Billboard’s Holiday Albums Chart, and No. 1 on Amazon and iTunes Holiday Album Charts – “Snow Waltz” emerges as a singular new entry in the holiday-music canon, once again proving Stirling’s extraordinary gift as an instrumental storyteller.

988 helps suicide prevention during the holidays