Meister reflects on mayoral tenure and looks to the future 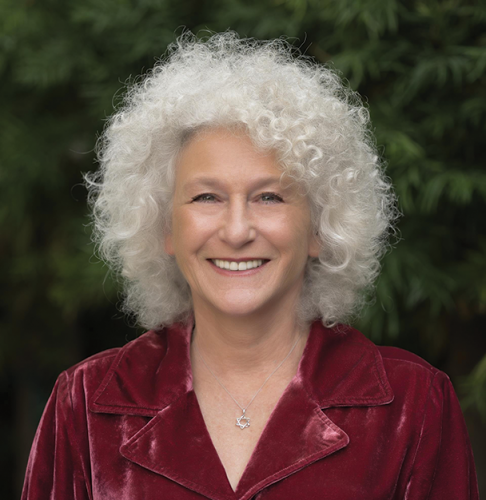 It’s been over a year since Mayor Lauren Meister was sworn into her post on the West Hollywood City Council. Meister took office in September 2021, her second term as the city’s mayor. She is leaving the position in January with a tremendous show of confidence from her constituents, having just been reelected by a wide margin to another term on the council.

“I received 53% more votes than the No. 2 vote-getter – I think that might be a first,” Meister said. “I believe the message is that the residents have confidence in me and how I approach issues and possible solutions.”

She added that she believes residents share her own concerns about public safety, homelessness and rent-stabilized housing. Fighting for renters’ rights has been a cornerstone of Meister’s platform since she took office. During her time on the council, she has helped close a 30-year loophole in the city’s rent stabilization ordinance and has expanded the RSO to include the registration of all rental units in the city in order to protect tenants.

“I have [also] introduced complicated land use and planning initiatives and, with now-[Los Angeles County Supervisor Lindsey Horvath, 3rd District], was able to bring forward the idea of an urban design and architect studio division to ensure that the Creative City remains creative,” she said.

Meister has worked hard this last year to push forward progress on these issues, as has been her prerogative since she was first elected to the council in March 2015.

“I have put forward a number of important initiatives. I’m most proud of those initiatives that improved vital city services, such as public safety and homeless services, and those that helped improve the quality of life for our residents,” she said.

Comparing her two tenures as mayor, Meister said she felt more confident this time around, but the year was not without its unique obstacles.

“Since my first run as mayor, I have perfected my ribbon-cutting skills,” she quipped. “Seriously, the second time around has been less daunting yet still challenging. Between the pandemic recovery and public safety issues, I have kept busy.”

Even though her tenure as mayor may be coming to a close, Meister said that she still has much work to do on the council and is already outlining the initiatives she plans to push in the months to come.

“I will continue my focus on community resilience, both in terms of emergency preparedness and climate action. I would like to see the city implement more innovative water conservation measures, and I will be pushing for that. And I have not given up on the idea of opening another animal care center on the westside,” she said.

“I think both [Byers and Heilman] have an interest in working with me on ways to make our city more resilient,” she said.

Meister will hand off the mayoral baton in January, likely to current Mayor Pro Tempore Sepi Shyne, for whom she has advice from what she’s learned in the position.

“I think if Mayor Pro Tempore Shyne focuses on the issues that residents care about most, she will be effective … any new mayor [should] consider all of the city’s stakeholders – even the ones you may disagree with – and try to build consensus wherever possible,” Meister said. “She’s passionate about WeHo and she’s a hard worker as well.”

At the end of the day, for the mayor, it’s all about what makes West Hollywood special.

“When I think of why people come to West Hollywood, I think of a city where ‘I’m free to be me.’ WeHo is a city where you are seen, where you are heard and where you are accepted. For me, WeHo has been a place that has given me the opportunities and the space to grow personally. I’m thankful for my life here, and grateful to all who believe in me,” Meister said.

The leaning tower of Christmas