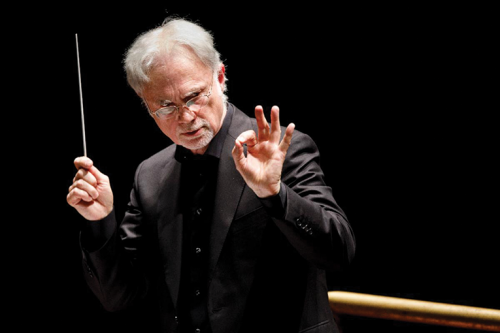 John Adams’ opera “Girls of the Golden West” will be performed on Jan. 27 and 29. (photo courtesy of LA Phil)

The Los Angeles Philharmonic carries its celebrations of John Adams’ 75th birthday into the new year at Walt Disney Concert Hall with the January Los Angeles premiere of his acclaimed opera “Girls of the Golden West.” In March, Adams, the John and Samantha Williams Creative Chair of the LA Phil, conducts the world premieres of works by Katherine Young and an LA Phil-commissioned new work from Anthony Cheung, both performed as part of the “Green Umbrella” series.

On Jan. 27 and 29, Adams’ opera “Girls of the Golden West” brings true stories of the California Gold Rush to life. The opera rejects the whitewashed romantic view of California in the early days of the Gold Rush and highlights the heroism, passion, racial conflicts, love, cruelty and truth during one of the most significant events in American history. Director and librettist Peter Sellars used memoirs and historical texts to inform the opera.

On March 14, Adams leads a “Green Umbrella” concert, a series curated by the composer that celebrates emerging and legendary voices in contemporary classical music. The program features the world premiere of Katherine Young’s “For Daphne and Delia” and Anthony Cheung’s new work commissioned by the LA Phil. This new piece by Cheung, renowned for music that reveals an interest in sound sources and transformations of tuning and timbre, is performed alongside works by Adams and Esa-Pekka Salonen.

As part of the LA Phil’s Humanities programming, a screening of “Land of Gold,” the documentary film about the making of “Girls of the Golden West,” will be presented on Jan. 28, 8:30 p.m. at REDCAT and followed by a conversation with film director Jon Else and John Adams.