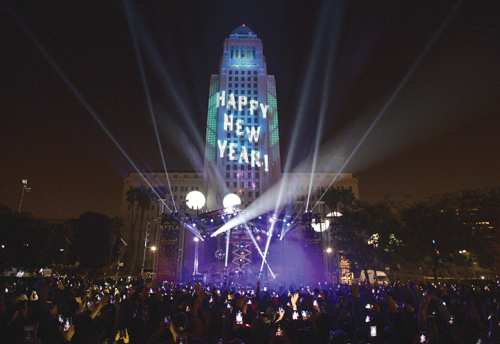 “Throughout 2022, Grand Park brought back live events for the whole family because Angelenos were ready to fall in love with L.A. all over again, and Grand Park’s NYELA will be the icing on the cake,” said Rachel S. Moore, president and CEO of The Music Center. “With an incredible roster of global DJs and homegrown music performers, this wonderful only-in-L.A. celebration invites all of us to embrace the new year with hope, community and just plain fun.”

“Grand Park was conceived 10 years ago as a dynamic and authentic space committed to showcasing L.A.-based musicians, DJs and talent that reflect our community’s global sounds. Expect an unforgettable experience at Grand Park’s NYELA – another joyous occasion to commemorate the park’s historic 10th anniversary – as we look forward to making more wonderful memories together in L.A.’s park for everyone,” said Grand Park director Julia Diamond. “On behalf of the entire Grand Park team, I want to thank the artists, community partners and all Angelenos who celebrated the milestone anniversary throughout the year and invite everyone to join us for an amazing send off to 2022.”

Attendees are welcome to enjoy light bites and desserts for purchase from L.A.’s favorite gourmet food trucks. Alcohol is not permitted and will not be sold at Grand Park. For a complete list of Grand Park’s prohibited items and activities, visit grandparkla.org. Parking is available in the Music Center garage at 135 N. Grand Ave. and the Walt Disney Concert Hall garage at 111 S. Grand Ave.

‘Empire Strips Back’ at Montalbán