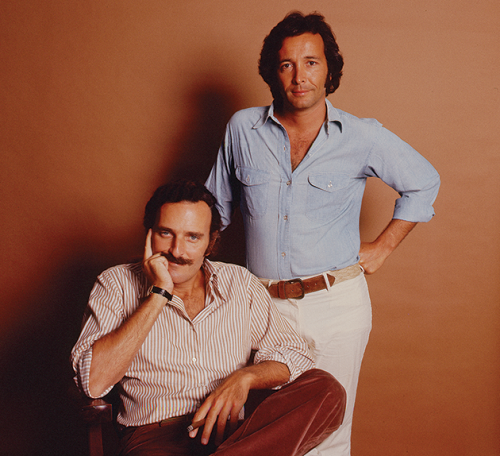 With a once-in-a-lifetime gathering of iconic artists under one roof, the concert will feature an incredible line-up of recording artists from the label’s illustrious roster with scheduled performances by Peter Frampton, Amy Grant, Morgan James, Nova Payton, Paul Rodgers, Joe Sumner and Dionne Warwick. While not performing, Herb Alpert, Misty Copeland and Burt Bacharach will join the celebration, which will also feature special pre-recorded appearances by Sheryl Crow, Yusuf/Cat Stevens and Sting. The evening will honor the vast contributions Moss has made to music on a global level. Additional performers will be announced. A limited number of concert tickets are on sale now at musiccenter.org /moss starting at $43.

The evening will also feature a pre-concert reception and a post-performance dinner honoring Moss, with proceeds supporting free and low-cost programming to help ensure arts experiences are accessible for all Angelenos; a cause that has been a passion for Moss throughout his career. A limited number of VIP tickets including the reception and/or dinner are available by contacting specialevents@musiccenter.org.

Tina and Jerry Moss, long-time patrons of The Music Center, gifted $25 million in 2020 to help support the cultivation of strong arts and culture-focused partnerships and new programming initiatives at the county’s performing arts center. The Music Center’s three original venues on its campus are united by an expansive outdoor area, which is now named Jerry Moss Plaza.

“My first awareness of A&M Records was seeing the iconic logo on the inside of a Carole King record. A&M Records was known by all to be the ‘artists’ label’ and it was a dream come true when they signed me,” Grant said. “In getting to know Jerry Moss over the years, I was amazed by the breadth of his interests. Whether it was music, horse racing or trekking through Africa, excellence defined everything in which he invested his talents and passions.”

“Jerry Moss is one of the most iconic and pioneering figures in the recording industry,” said Rachel S. Moore, Music Center president and CEO. “Alongside his A&M Records partner Herb Alpert, Jerry influenced the world by cultivating some of the most successful performers across all music genres, and we are thrilled to welcome some of those legendary musicians to our stage. This one-of-a-kind concert, which was slated for earlier this year, only to be upended by the pandemic, is worth the wait. This incredible celebration for Jerry will be the toast of the town.”