Horvath sworn in as supervisor 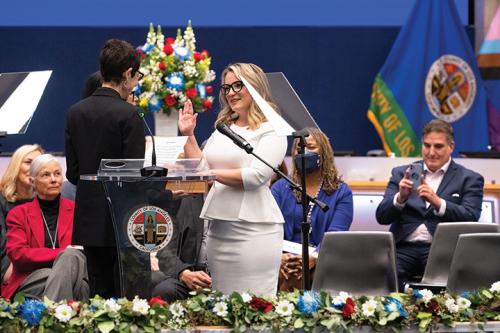 “It is with great honor and humility that I accept this call to serve as supervisor for L.A. County’s Third District, with a clear understanding that more must be done. I would not be here today without the support of my family, my friends, my colleagues and my allies. Thank you for believing in me and for believing in this moment,” Horvath said. “This seat does not belong to me – it belongs to the people of the Third District. As the board’s 166th member – and eighth woman – I join them all in writing the next great chapter of history for Los Angeles County.”

Horvath has made history as the youngest woman to ever sit on the Los Angeles County Board of Supervisors. She is the first millennial and currently the only renter to serve on the board. She participated in her first board meeting on Dec. 6 and assumed the role of vice-chair.