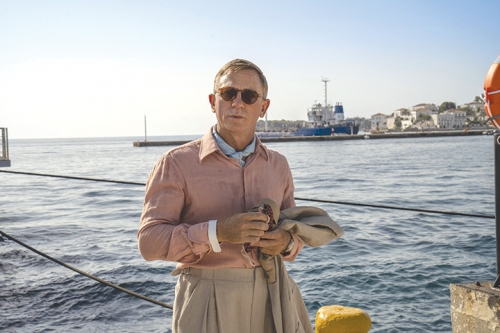 Daniel Craig is outstanding as Benoit Blanc in “Glass Onion: A Knives Out Mystery.” (photo courtesy of Netflix)

The adventures of renowned detective Benoit Blanc (Daniel Craig) continue in “Glass Onion: A Knives Out Mystery.” But don’t be fooled by the title’s branding. Only one familiar face sticks around for this sequel. The rest is completely different.

“Glass Onion” doesn’t bother regurgitating anything from its predecessor, instead treading entirely new ground. The story begins not with murder a but a peculiar invitation to a posh private island owned by tech billionaire Miles Bron (Edward Norton).

The special guests include Bron’s longtime close friends, ranging from a fashion designer unfettered by blackface (Kate Hudson) to a men’s rights Twitch celeb (Dave Bautista). The crew goes way back, fancying themselves as subversive thinkers on the fringes of society. But one stands out, our detective. Why’s he here amongst old friends?

For the odd man out, he sure likes to sneak around as the plot’s primary goal eventually unfolds. But don’t assume nothing matters until something maniacal finally occurs. All those characters – Andi Brand (Janelle Monáe) returning after years away, progressive soccer mom governor Claire Debella (Kathryn Hahn), Miles’ lead scientist Lionel Toussaint (Leslie Odom Jr.) – have plenty of reasons to go through with something truly awful.

The joy of this one is its simplicity. The answers are right in front of you, especially during that first hour. The character development is both necessary and a distraction from something else at work. So from the beginning, start taking notes. It all adds up, and satisfyingly so. And once the onion drops, the already enjoyable pace of things kicks into overdrive for an explosive finale.

While this is an entirely original story, uninterested in borrowing from “Knives Out,” the vibe matches, as does what can only be described as sartorial madness, the kind Wes Anderson knows well. Director Rian Johnson (“Looper,” “Star Wars: The Last Jedi”) has found his auteur spirit with these films.

And once the third seemingly concludes the Blanc saga on Netflix, whatever happens next, with “Knives Out” films or anything else he does, it is sure to be amazing. (That includes the previously announced “Star Wars” trilogy that will hopefully still happen.) 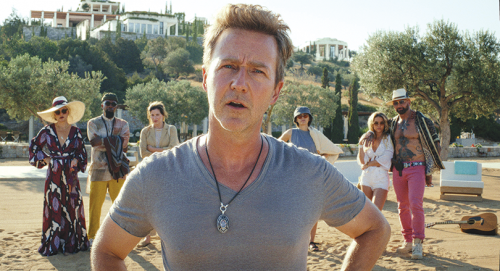 Johnson knows how to land incredible actors in his flicks, including several unexpected cameos, because the industry knows how big a deal Johnson is. But Blanc is such a good character. Craig’s Blanc presents himself as naive, clumsy, unaware. He plays well against a whole lotta fantastic performances.

The other performers work well too. Kate Hudson as a washed up fashionista is hilarious, portraying someone so dumb, so privileged. Norton plays pretentious well, Bautista does his usual thing, and Madelyn Cline as Whiskey sports a solid performance in her most high-profile role to date.

Hahn, however, doesn’t stand out as much, which is a touch disappointing considering she often steals each scene on screens big and small. But the real shining co-star is Monáe. Without revealing, well, anything, she shows off her acting chops in unexpected ways.

While this one will surely enjoy a heavy degree of comparisons to Elon Musk, especially some comical moments regarding big tech and shirking regulations, Johnson’s commentary isn’t so precise. Film production began some time before Musk’s more embarrassing antics made headlines, but the similarities are easy to understand considering the common trajectory of almost all billionaires.

And Johnson understands the American obsession with excessive wealth, especially equating it with intelligence. He also loves attacking the rich. In “Knives Out,” it’s all about a family chomping at the bit, angry when the inheritance doesn’t come their way. Here, both the chompers and the bit are on blast.

There’s more to say, but not here. This is the kind of film meant to discuss afterwards. See it with a group, a big one. Forget Netflix and chill. Host a Netflix party and prepare five questions and/or statements of praise for each. The payoffs, the connections to current events, the wonderful themes – everything works so well. “Glass Onion” is the watch and rewatch to end the year, perhaps the best the year has to offer.

The new Anna May Bar at Crustacean Beverly Hills