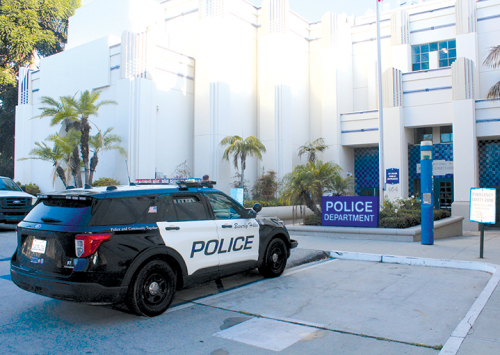 In an effort to increase the number of applicants and grow the department’s ranks, the City Council approved increased hiring bonuses for new recruits. Lateral officers – those who are hired from other departments – will get a $20,000 signing bonus, while pre-service officers who still need to complete the police academy will get a $15,000 bonus.

The department currently only provides signing bonuses to lateral officers, valued at up to 10% of their annual salary, or between $10,452 to $12,986. The new bonuses will be awarded over several years as officers rise through the department, Stainbrook added.

“This recommendation … would be an attractive way to help us recruit more officers to the department,” Stainbrook said.

The bonuses were based on a survey of 19 neighboring departments, nine of which offered signing bonuses between $3,000 and $40,000 to lateral officers, Stainbrook said.

With the pay increases and other benefits that BHPD officers already enjoy, officials decided that choosing a median sum would prove effective, said director of human resources Shelley Ovrom.

The council members were unanimously supportive of the increased bonuses, although some questioned their effectiveness in attracting new recruits and whether the bonuses should be distributed differently.

Councilwoman Sharona Nazarian asked if the bonuses could be disbursed over a longer period of time to encourage officer retention.

Stainbrook said that while he would consider that recommendation, the department loses most of its officers during the academy and training. Once officers join BHPD, they tend to stay until retirement, he added.

Councilman Lester Friedman asked if there was data to prove that signing bonuses attract new recruits.

“What we are hearing from our partners in the police department that are actively recruiting is they strongly believe that the signing bonus will be an incredible incentive and marketing tool in separating us … from other agencies,” Ovrom said.

While Vice Mayor Julian Gold supported the higher bonuses, he said that he “is typically not a fan of signing bonuses.”

Compared to all the other benefits of joining the BHPD, Gold wasn’t sure how much of a determining factor the bonuses would be, and he advocated for polling new hires about what motivated them to apply in the first place.

“If in a year or two we come back and have this conversation again … we can perhaps understand, amongst the many things we offer, what were the things that attracted you to the Beverly Hills Police Department,” Gold said. “And maybe knowing that will help us tailor the program going forward.”

Mayor Lili Bosse asked if there was any other way for the City Council to support the BHPD’s recruitment.

Stainbrook said that the city has done a good job of advertising the pay raises and other benefits afforded to BHPD officers, along with the department’s strides in technology, all of which is likely to attract more qualified candidates, he said.

“I think we’re definitely on the right track and we do have some people in the pipeline, so I’m certainly hoping over this next year we can start to catch up on our numbers,” Stainbrook said.