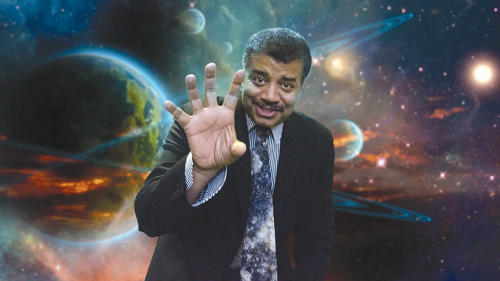 Astrophysicist Neil deGrasse Tyson, a leading commentator on developments in space, is coming to Beverly Hills as part of the Distinguished Speaker Series on Sunday, Nov. 13, at 7 p.m. at the Saban Theatre.

The famed astrophysicist will bring a cosmic perspective to life on Earth and explore the many intersections between space, science, culture and life itself. In an illustrated and timely talk, he will explain the most recent developments at NASA, the U.S. Space Force, space tourism and the surprising effects physics have on everyday events.

“With the constant developments from the Webb Telescope and space exploration, we couldn’t be more excited for Neil deGrasse Tyson to take our stages and translate what it all means,” said Kathy Winterhalder, co-founder of the

Neil deGrasse Tyson will discuss the intricacies of space exploration during his appearances with the Distinguished Speaker Series.

Tyson has achieved “science-superstar status” through his ever-expanding body of work in television, podcasting, journalism, social media and books, and as director of the Hayden Planetarium at the American Museum of Natural History in New York.

The Distinguished Speakers Series will also present Tyson on Nov. 14 in Long Beach at the Terrace Theater, Nov. 15 at the Redondo Beach Performing Arts Center, Nov. 16 at the Ambassador Auditorium in Pasadena, and Nov. 17 at the at the Bank of America Performing Arts Center in Thousand Oaks. The Saban Theatre is located at 8440 Wilshire Blvd., in Beverly Hills. Tyson’s program is the second of six talks offered as part of the Distinguished Speaker Series. He will be followed in Beverly Hills by Admiral James Stavridis (Jan. 22), Cristina Mittermeier (Feb. 5), Bob Eubanks (March 19) and Ken Burns (April 30). The Distinguished Speaker Series is open to the public in subscription packages only; tickets to a single speaker are not available. Ticket packages range from $210 to $550. Subscriptions can be purchased by calling (310)546-6222, or visiting speakersla.com