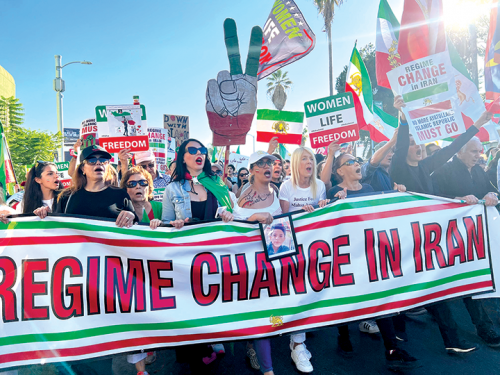 Beverly Hills Mayor Lili Bosse was a keynote speaker at the Freedom Rally for Iran in Hollywood on Nov. 19, where she marched with thousands of people who condemned acts of violence against women and children in Iran. The city of Beverly Hills was one of the first cities to adopt a resolution calling on the United States government and United Nations to increase sanctions against Iran and denounce the Iranian government. “You have my word. I will be by your side every step of the way until we don’t need to do this anymore,” Bosse said.