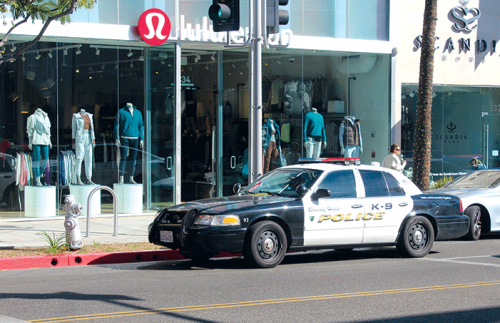 A man was arrested on Nov. 18 for allegedly stealing clothing from a Beverly Drive store. (photo by Joey Waldinger)

At approximately 11:10 a.m., police received a report that a man entered a store, picked up several articles of clothing and then attempted to flee the scene, bumping into a store employee on his way out, Trejo said.

The suspect was still in the vicinity when police arrived shortly after, and after a brief chase they arrested him near the intersection of Beverly Drive and North Santa Monica Boulevard, Trejo said. He added that no weapons were used and no one was injured.