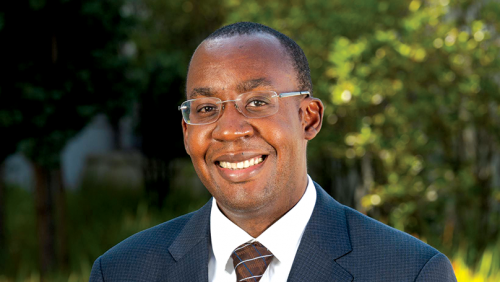 Dr. Odey C. Ukpo has been appointed interim chief medical examiner-coroner of Los Angeles County, making him the first African American to hold the role since the office was established in 1850.

After being appointed by the Los Angeles County Board of Supervisors,  Ukpo was sworn in during a virtual ceremony on Nov. 4. He will lead a workforce of 260 staff at the Los Angeles County Department of Chief Medical Examiner-Coroner, one of the most prominent medical examiner’s offices in the nation with an annual volume of about 12,500 cases per year.

Ukpo joined the department in 2014 and served as a senior deputy medical examiner before being named medical director in June 2022.

Ukpo holds degrees from Loyola Marymount University, the Mayo Clinic Graduate School of Biomedical Sciences, and the Loyola University Chicago Stritch School of Medicine. He completed his residency at Washington University in St. Louis in 2013 and finished his Forensic Pathology Fellowship at the Office of the Medical Examiner in Albuquerque, New Mexico in 2014.