‘If I Forget’ extended through Dec. 18 at Fountain Theatre 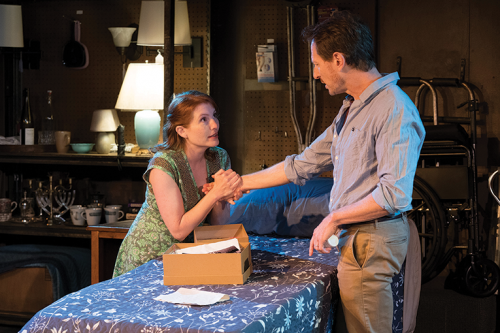 Samantha Klein and Leo Marks star in “If I Forget,” which has had its run at the Fountain Theatre extended through Dec. 18. (photo by Jenny Graha)

At once deeply personal and political, “If I Forget” is a funny and complex tale that explores the lasting impact of the Holocaust on a Jewish family at the beginning of the 21st century. The widely acclaimed original cast returns to portray three adult siblings and their families who reunite to celebrate their father’s 75th birthday, with Richard Fancy taking over the role of patriarch Lou Fischer, a role he previously played in the 2018 Washington D.C. production. In addition to Fancy’s extensive stage career, Fancy is remembered for his role as Mr. Lippman on “Seinfeld,” where he worked alongside Alexander.

For information and tickets, visit fountaintheatre.com or call (323)663-1525. The Fountain Theatre is located at 5060 Fountain Ave.