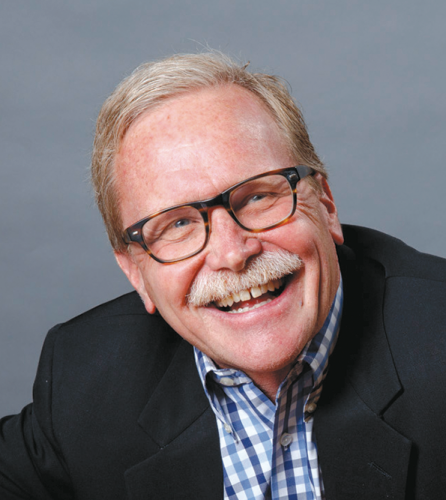 As such, never been someone who gets things right the first time. Since second grade, I’ve learned by messing up.

I live my life like a sit-com, in 22-minute increments, something going haywire about 5 minutes in. I always try to follow the standard sit-com formula, a weirdly Shakespearean progression where:

I have a problem

I try to fix the problem

Instead, I make the problem worse.

Oddly, and drawing on some deeply hidden skill set, I finally fix the problem.

King Lear, right? The tragic hero. Since second grade, this is how I’ve lived my life. Trust me, it’s no way to operate.

By the way, my late buddy Rhymer, a terrific screenwriter, came up with that comic progression for sit-coms. To this day, it’s a lock. Try it.

Admittedly, I’m an odd fit for L.A. I crave old houses with stairs that creak, surrounded by freshwater lakes where you can slide a canoe off the bank in search of the mighty bluegill, once dubbed the greatest American game fish because, you know, everyone always catches one.

I mean, you could hook one in a mud puddle. To a bluegill, everything is bait. Spit. Old Band-Aids. Bits of plum.

I grew up in Chicago, where I learned English by listening to marble-mouthed mayors and coaches who said dem and doze instead of them and those. I learned about grit and perseverance from watching da Cubs and da Bears.

Is it any wonder that, to this day, I have very little of either?

Now I’m an L.A. guy. Oops. No lakes. No canoes. Lots of shopping centers and crosswalks. I rather like it out here, actually.

Every sunrise, a glorious walk. Lately, I’ve been taking White Fang to a nearby soccer field, where she sniffs the stinky scents left by the kids who play there on weekends and thinks – momentarily at least – how good they might taste on toast.

Wolves, huh? No wonder they get a bad rap. They never change their cognitive behavior. They struggle with impulse control.

In short, wolves defy evolution. In that way, they are very much like me.

Ideally, though, I would like to start an AYSO league expressly for dogs, with uniforms, lots of running around and post-game dog treats.

White Fang likes when I describe AYSO and its near-Marxist approach to youth soccer – how everybody plays, everybody gets a trophy no matter what, blah-blah-blah. To me at least, AYSO is the only real example of pure Marxism ever succeeding on a global level, but it certainly does.

And the dogs would love it!

We’d organize the soccer league by breed. The dachshunds, being German and low on the ball, would have an edge, but don’t rule out the French and their poodles. Very smart, the poodles.

Each team would have a Team Mom. Banners. Uniforms.

Eventually, if it took off, we’d enter a World Cup team, and take part in an endless global tournament that almost nobody understands. Big money in those. Sponsorships. Name, image and likeness deals. 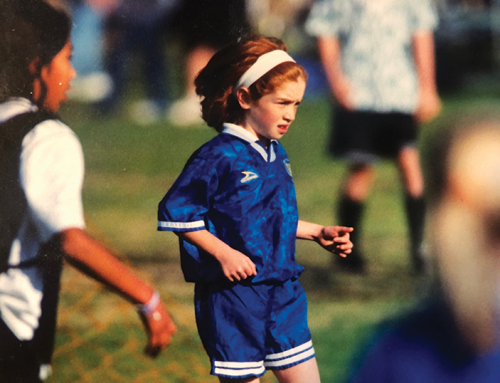 My daughter Rapunzel loved youth soccer. Well, at least I did. (photo by Chris Erskine)

Seriously, I miss AYSO. I mean, when I was coaching it, I didn’t like it all that much – rushing home for practices, the long seasons … my socks were always a little wet.

I was even a ref, so that on a scorching Southern California afternoon I could go out on the “the pitch” and be screamed at in 15 different languages.

L.A. is such a melting pot. Love it. Not every butterfly should look the same. Just note that, at any given point, on any given SoCal freeway, there are motorists who learned to drive in 50 different nations, all cruising along together at 3 mph, happy.

Los Angeles defies every law of physics, every conventional wisdom. Which is why I love it. Plus the food.

Anyway, I do miss AYSO. I always have to remember that at this time of year as I complain about staging these elaborate and exhausting tailgate parties with my buddies Miller, Bittner, Jeff, Gary, Liz, Verge, etc.

In those cases, I apply the same principles I picked up in AYSO: Everybody plays, everybody gets a trophy.

And I know, after retiring from AYSO, that sometimes you don’t appreciate things till they’re over. Hence, I continue these Rose Bowl tailgates, even though they wipe me out.

Life exhausts us. It’s one way to know we’re alive.

Email the columnist at Letters@ChrisErskineLA.

For books, t-shirts and past columns, please got to ChrisErskineLA.com.