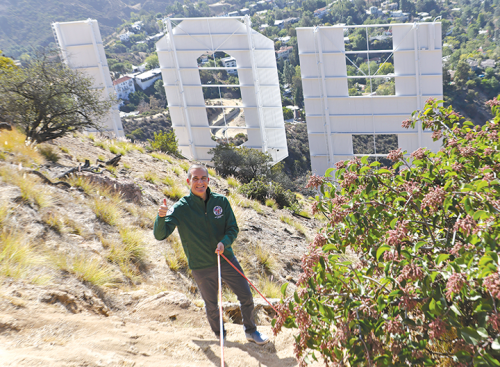 Mayor Eric Garcetti hiked down to the Hollywood sign to highlight the painting project completed ahead of the landmark’s 100th anniversary. (photo courtesy of the Hollywood Sign Trust)

Just in time for its 100th anniversary next year, the Hollywood sign received a fresh coat of paint. Los Angeles Mayor Eric Garcetti inspected the progress on Oct. 26, even helping to touch up a section of the sign. The famed L.A. landmark was originally built as “HOLLYWOODLAND” in 1923 to advertise a housing development, and it is now owned by the city and overseen by the Hollywood Sign Trust. Sherwin-Williams donated the paint for the project.